There are only a few dramas every season that public waits for to watch on their television screens. One such drama is Kuch Ankahi which has brought on a collaboration between the Kashf Foundation which has always presented good scripts empowering women and sending out great messages and Mohammad Ahmed, a writer who can write without the usual tropes of violence and sister rivalry. Add to that the direction of Nadeem Baig and the cast including names like Sajal Aly, Bilal Abbas Khan, Irsa Ghazal, Asma Abbas, Mira Sethi, Qudsia Ali, Ali Safina and Sheheryar Munawar Siddiqui. 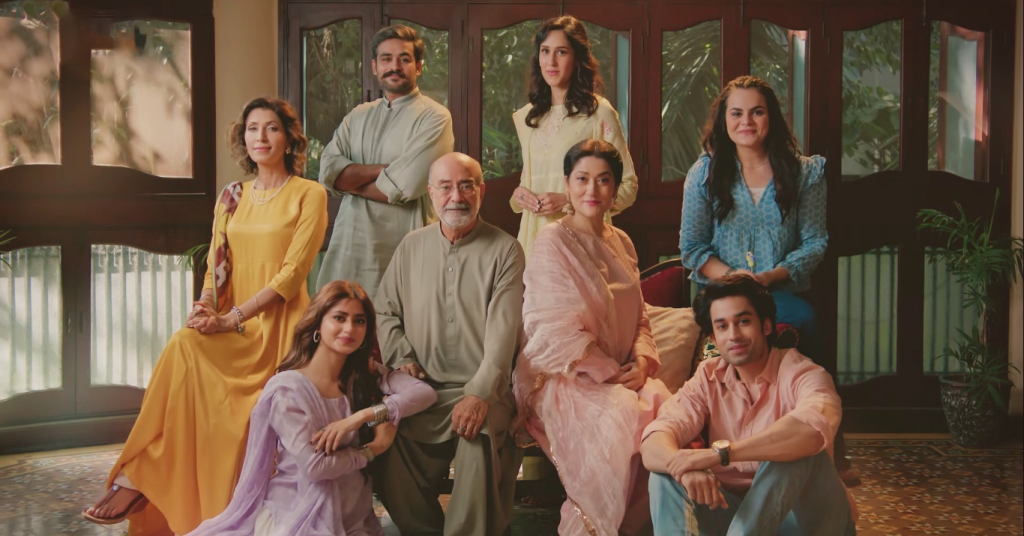 The first episode of Kuch Ankahi aired last night and it had everything, a dash of drama, a pinch of spice and a whiff of comedy. Some characters are relatable while there are a few larger than life. People got to see their favourite characters and the main idea was introduced in the first episode. 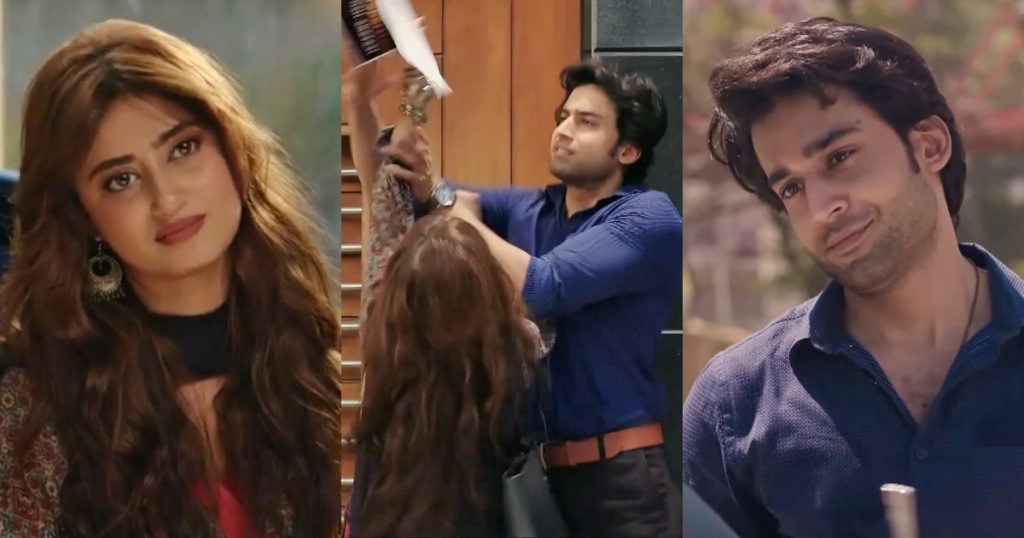 Here is how the audience is reacting to the fist episode of Kuch Ankahi: 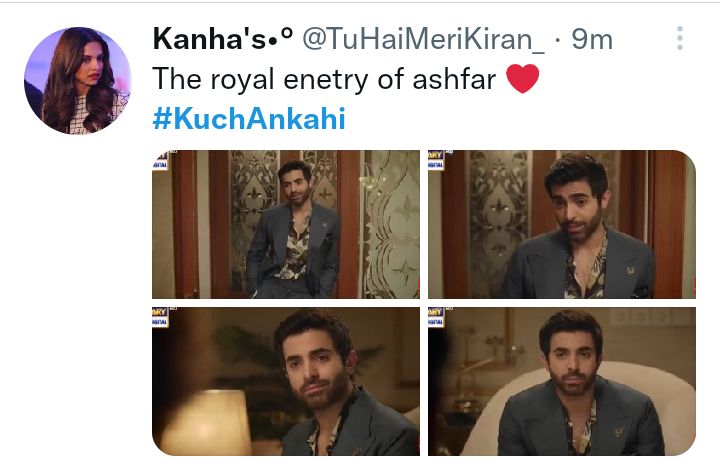 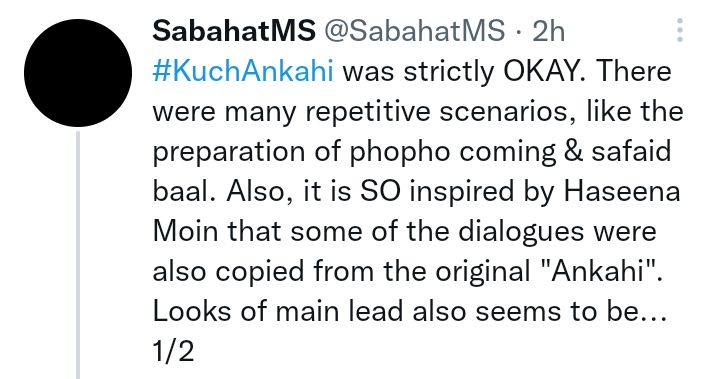 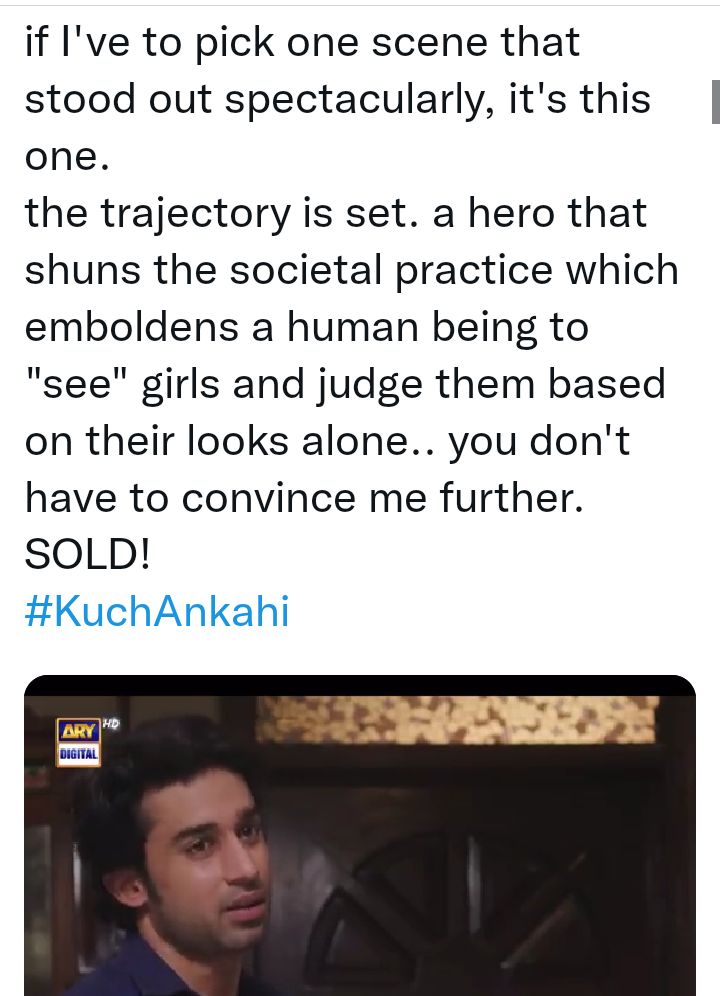 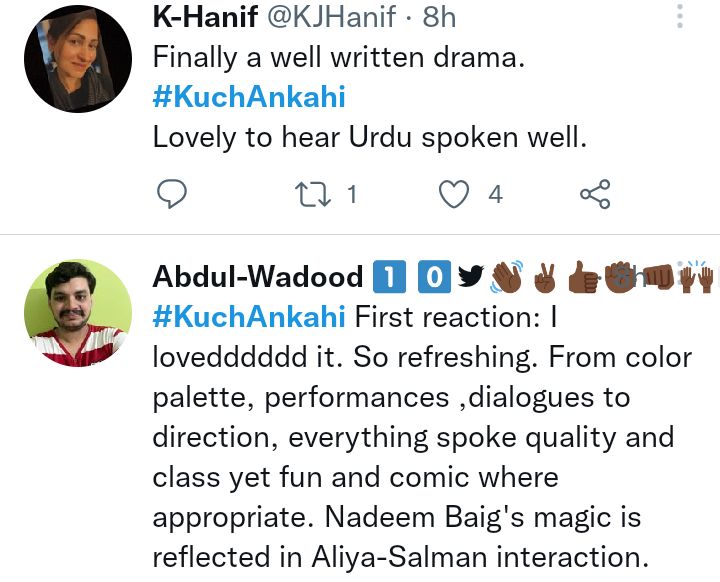 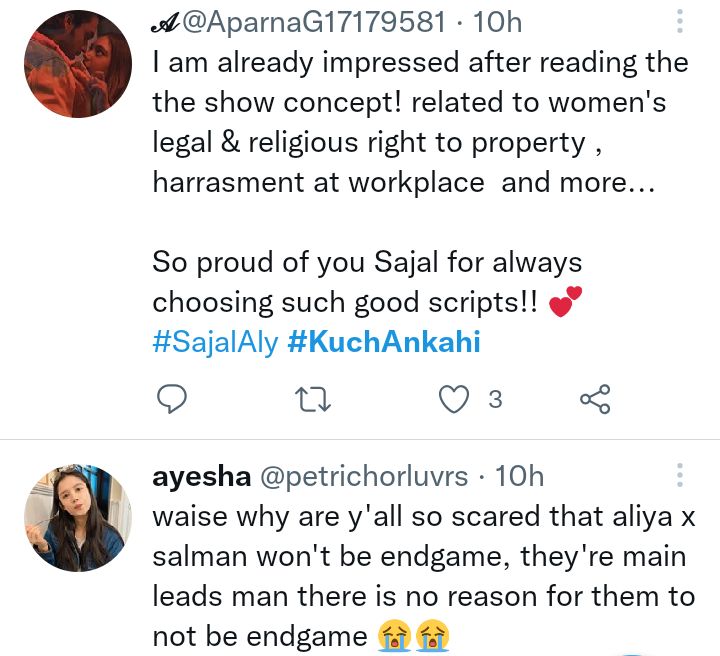 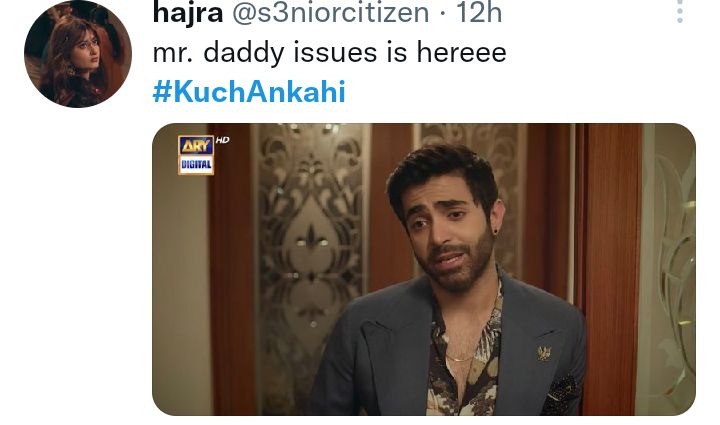 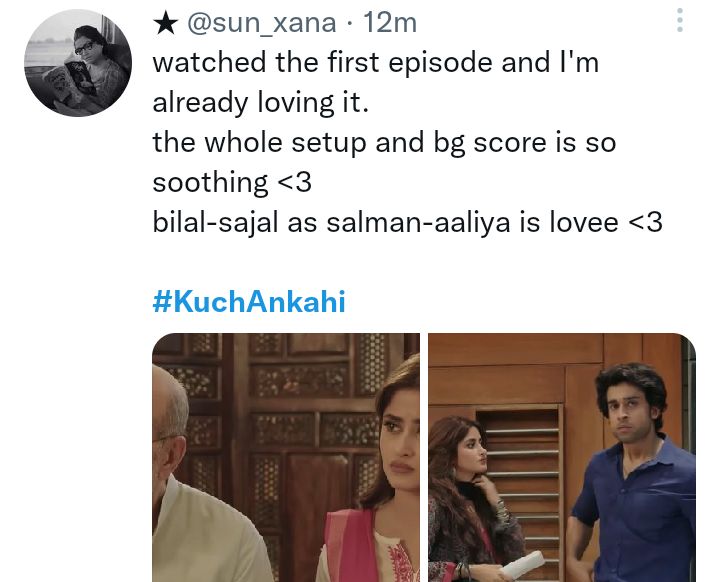 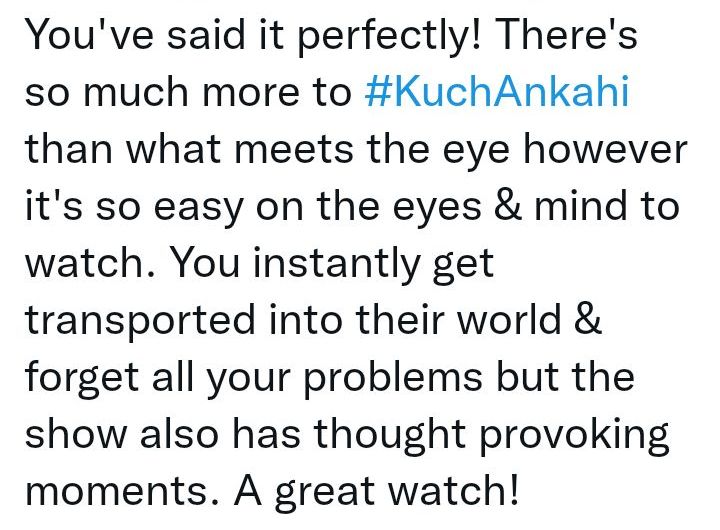 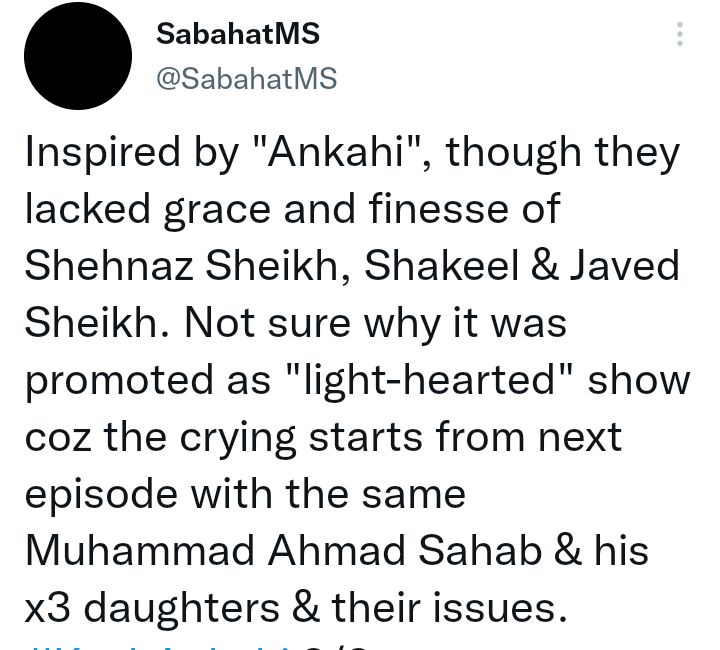 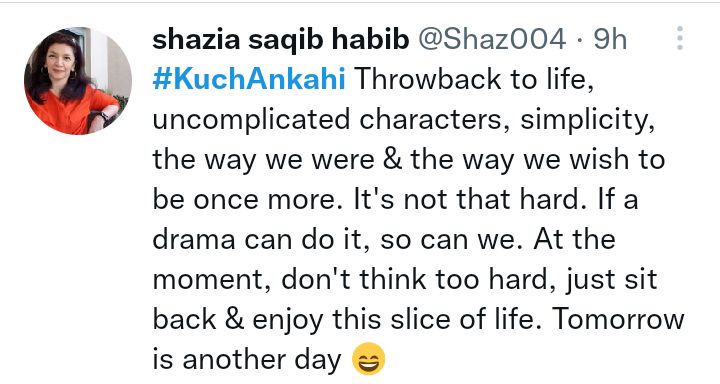