Raees stuck in censor board

Bollywood’s Raees was expected to release today across Pakistan i.e. 5th February 2017 , which coincidentally is also the Kashmir Solidarity Day. 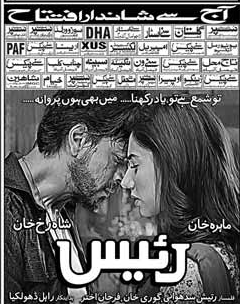 The film is cleared for screening by PBFC and SBFC and thus its release date was advertised in the press as today.

However it faced a last minute blockade from the CBFC which has reservations over the few scenes and content of the film. As per the press report the film shows the story of a Gujarati Muslim bootlegger and it has raised few eye brows within CBFC.

Unable to reach a decision CBFC has referred the film to full board meeting which will held in this week to decide the fate of the film. CBFC has also ordered the PBFC and SBFC to put on-hold the screening certificate till the film is cleared by the full board.

Historically any film referred to full board seldom sees the light of the day. Normally the full board asks the Ministry of Information for advice which mostly refuses the right of screening. Sometimes the full board asks to re shoot few scenes of the film which in case of a Bollywood film is not an option and thus uncertainty looms over the screening of Raees for the time being.

Before Raees two other Bollywood films (Kaabil, Ae Dil Hai Mushil) are released on 3rd February 2016 after the three month ban on the screening of the films is removed. However so far the box office report of both these films is below expectations and thus film exhibitors are eagerly awaiting the release of Raees , hoping it will revive the deserted cinema houses.

Here is the source news excerpt from Urdu Ddaily Dunya 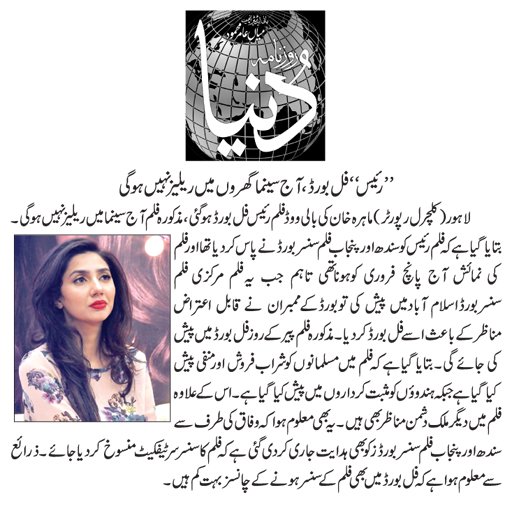