Tich Button marks the debut of Farhan Saeed as a film stars and Urwa Hocane as a film producer. The film was completed before Covid 19 hit and the release has been in a limbo since then. Tich Button got through a lot of problems like a delayed release due to the pandemic, the separation rumours of producers and star couple Urwa Hocane and Farhan Saeed, payment issues with the cast and the Feroze Khan scandal right around the release time.

Since the promotions have kicked off, we have seen Urwa Hocane and Farhan Saeed working together however, people have become even more curious if they are together or not. Urwa Hocane was even asked the question directly but she just said that they both respect each other a lot and she did not want to say anything else on the topic. The couple was at a press briefing recently for their film when a reporter’s strange request made them quite uncomfortable. 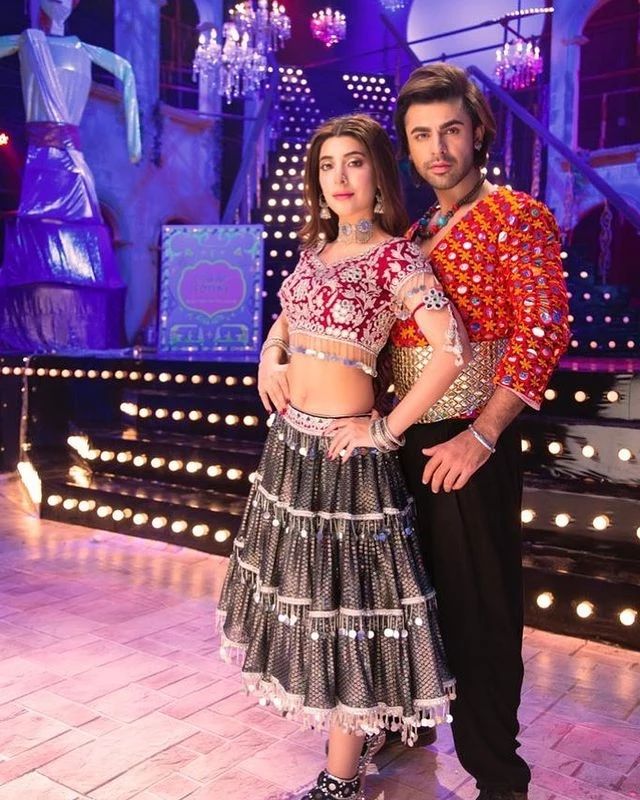 Urwa did not understand outright what was being asked and Farhan then came forward to handle it. 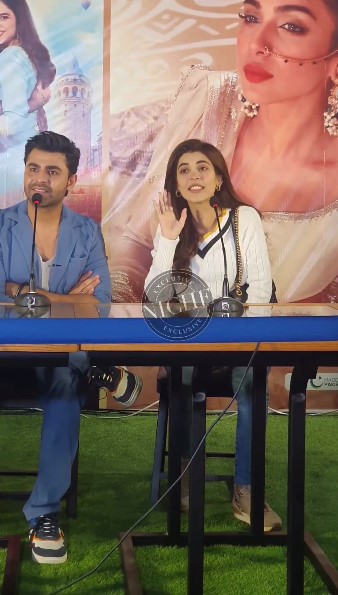 This is when the reporter asked the duo to shake hands reported by nichelifestyle:

People are calling out the reporter for being insensitive to the situation and cross limits: 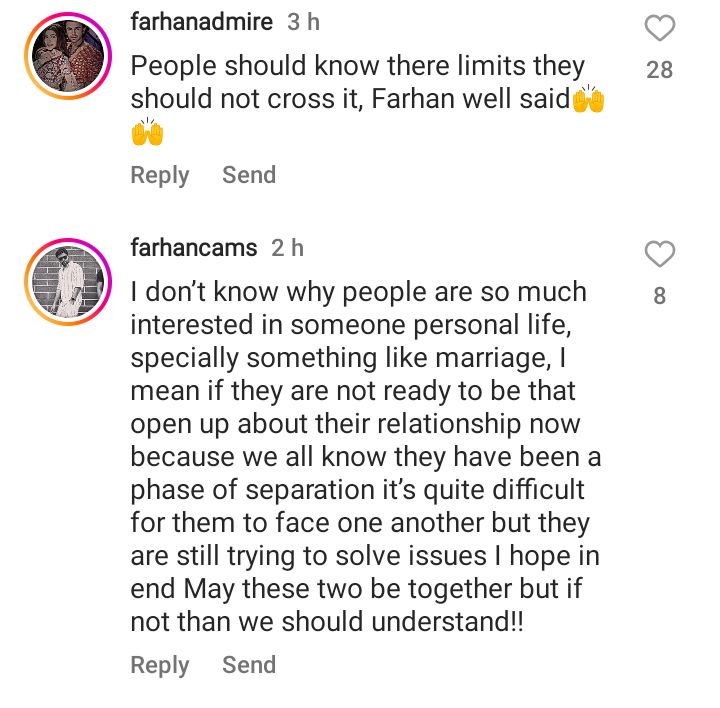 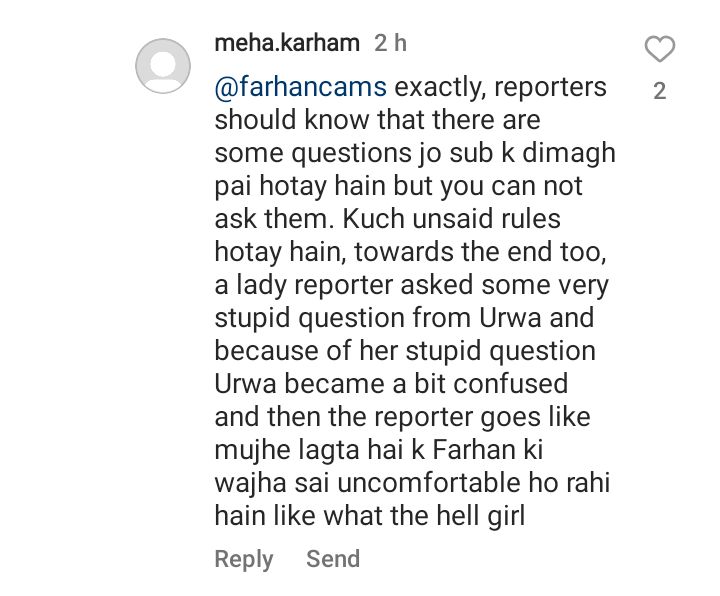 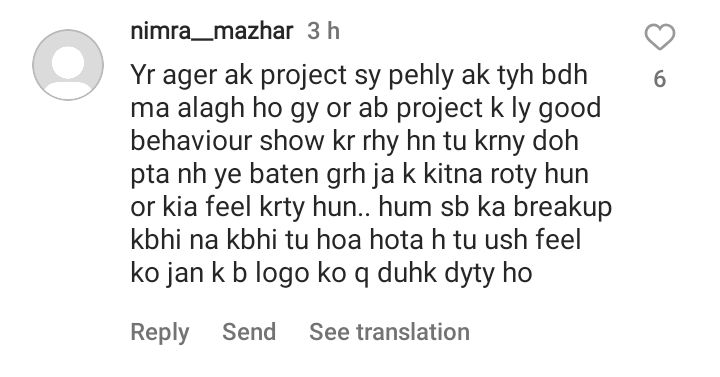 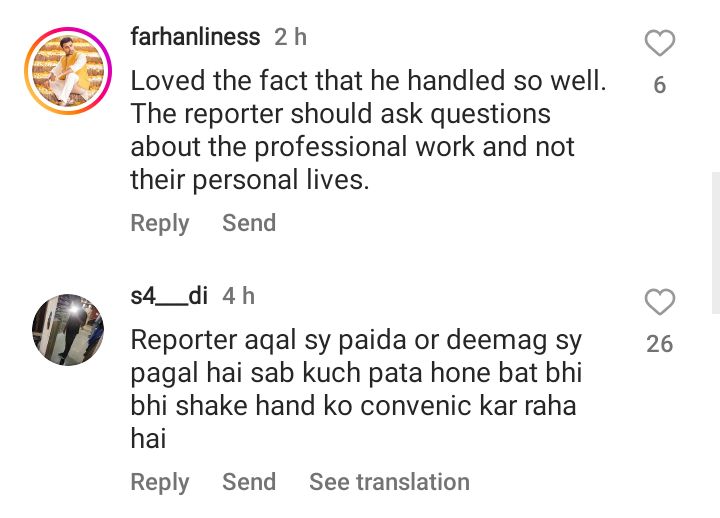 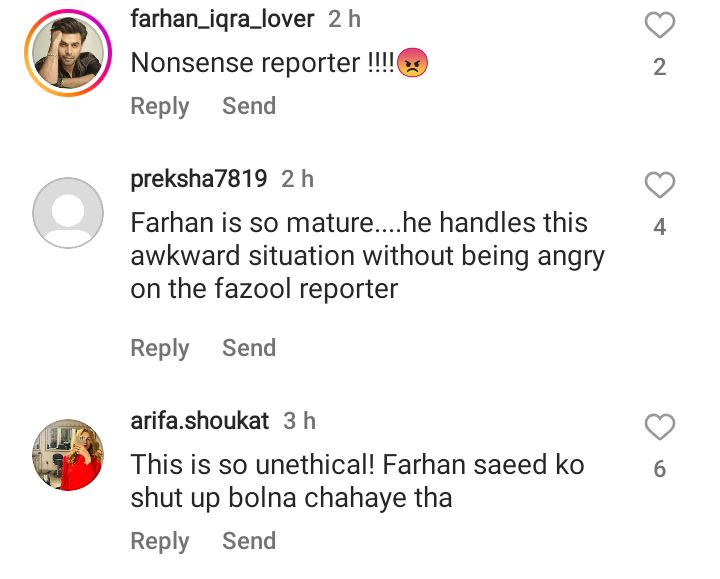 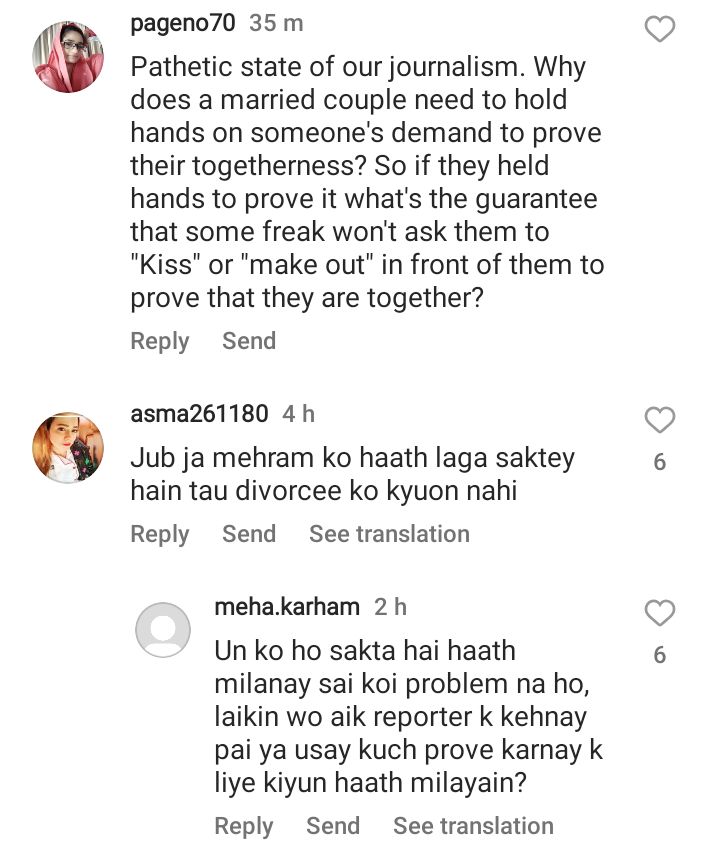 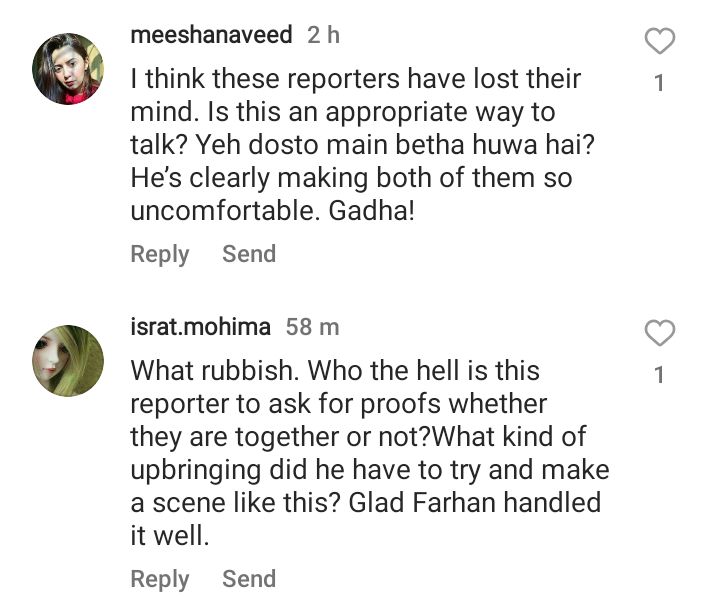 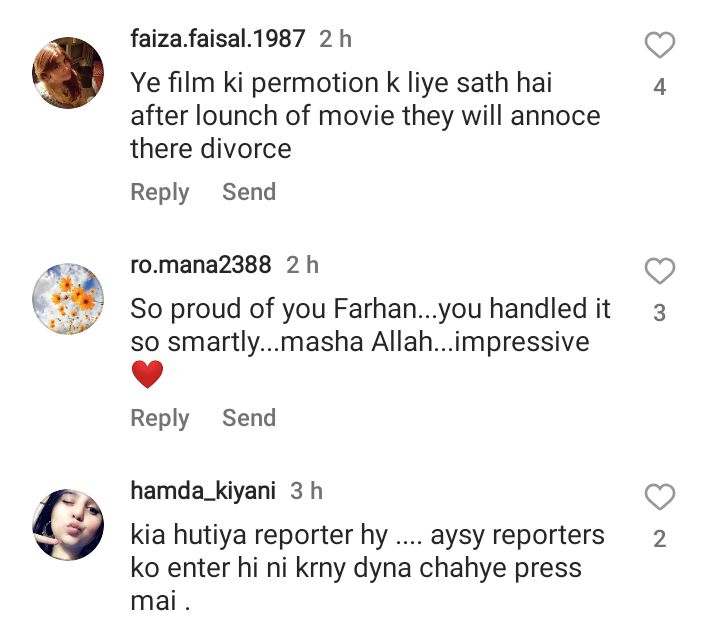 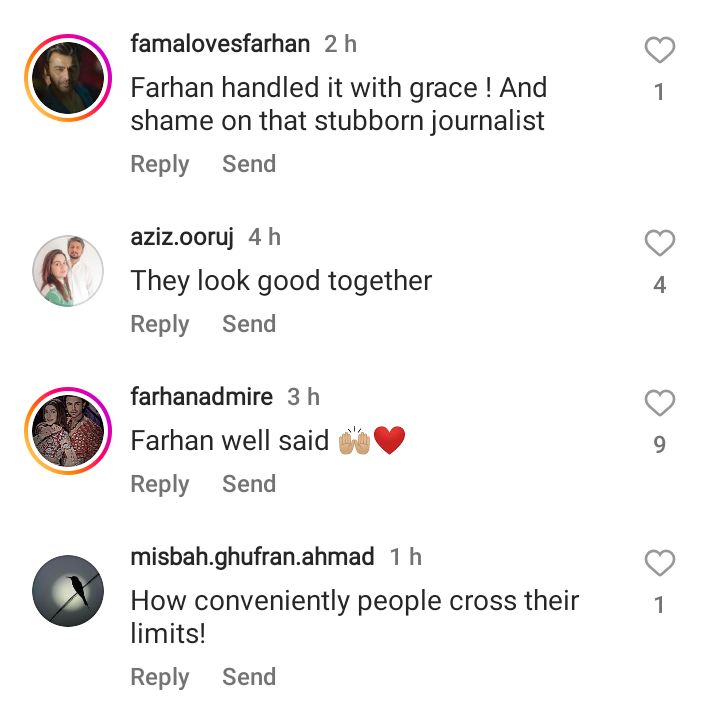 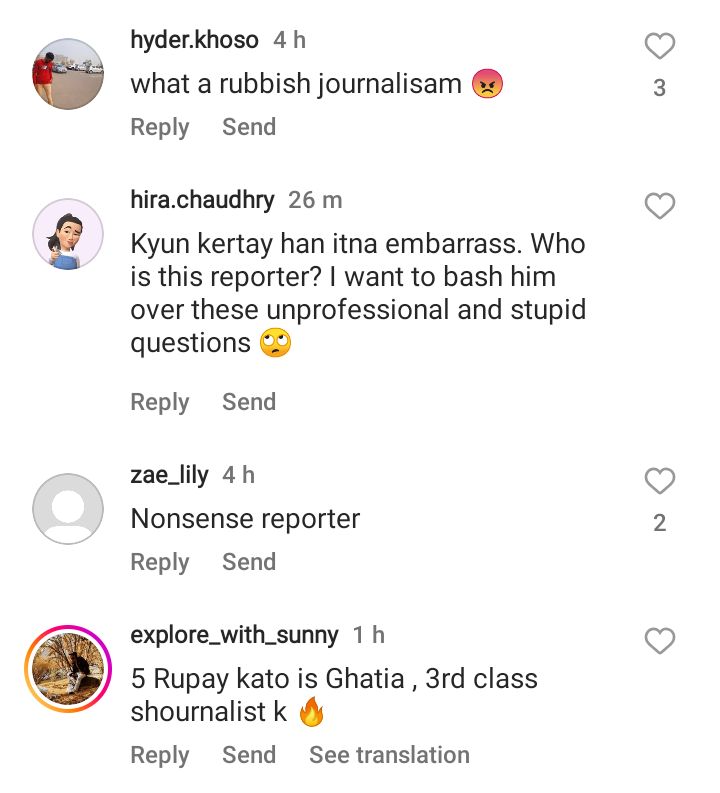 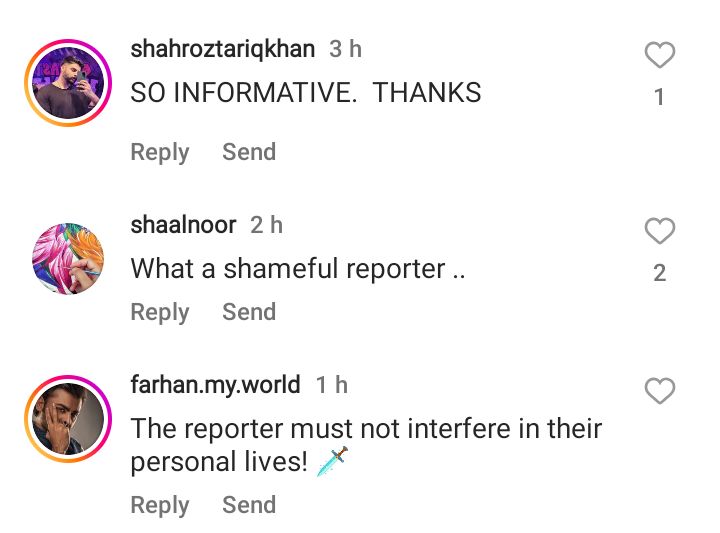 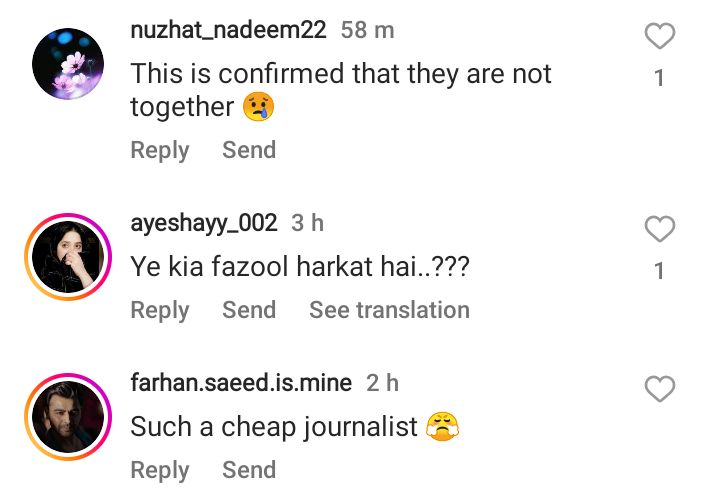 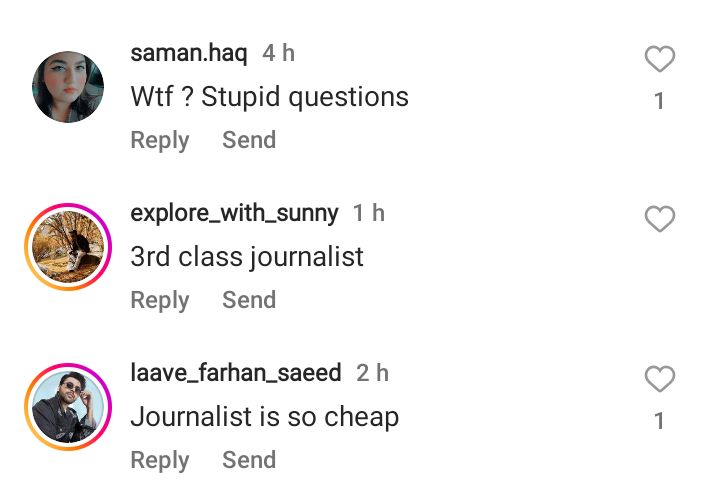