Zohreh Amir is an actress who has been impressing everyone since her debut. Zohreh Amir was last seen in Geo Entertainment’s Badzaat and then she went on a maternity leave as Zohreh was expecting her twins at that time. Zohreh Amir has been very open with her pregnancy journey and shared with her fans that she was expecting twins. The actress is now mom to Baby Cye nd Baby Arsyn, her two boys. She shares the cutest pictures of the two with her fans and they are always twinning and complimenting their star mama. 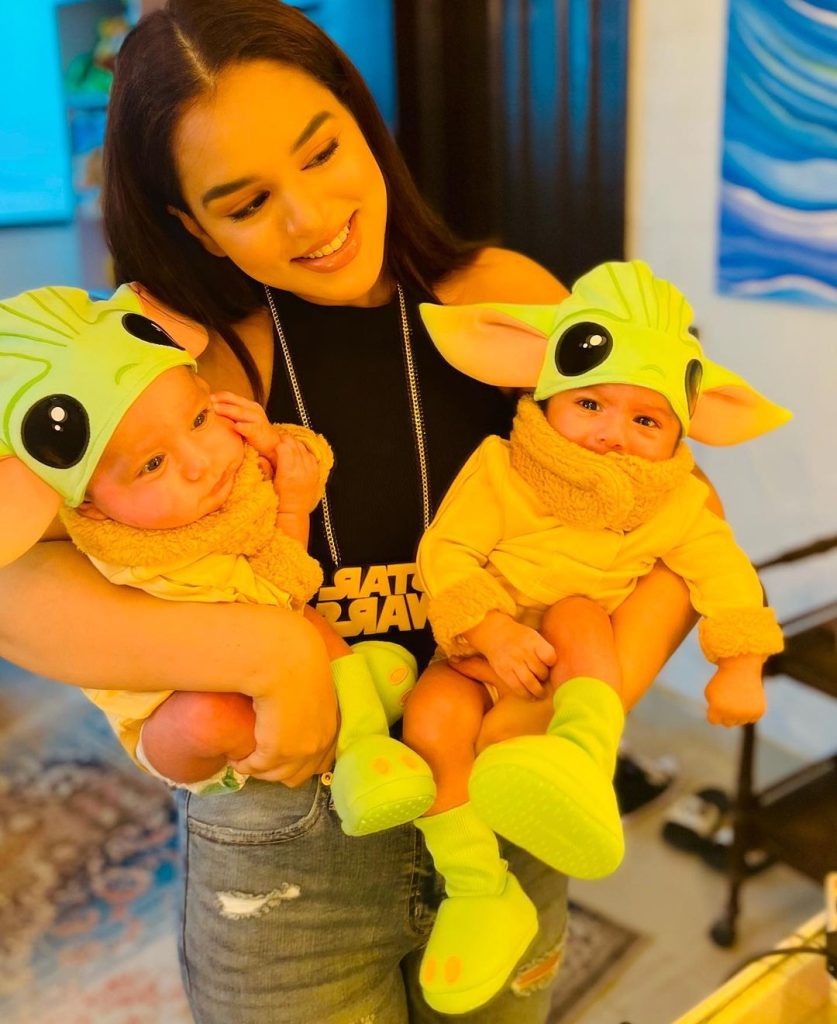 Zohreh’s boys Cye and Arsyn are 6 months old now and it was their first ever Halloween. Their mom paid special attention and dressed her little ones as Buzz Lightyear and Woody while she herself was dressed simply in a black top and jeans. She shared pictures of herself in sultry makeup and hair straight with a middle part as well as of her boys who were definitely the cutest Woody and Buzz. Here are some pictures of Zohreh Amir celebrating Halloween and her little ones paying tribute to the Toy Story with their costumes: 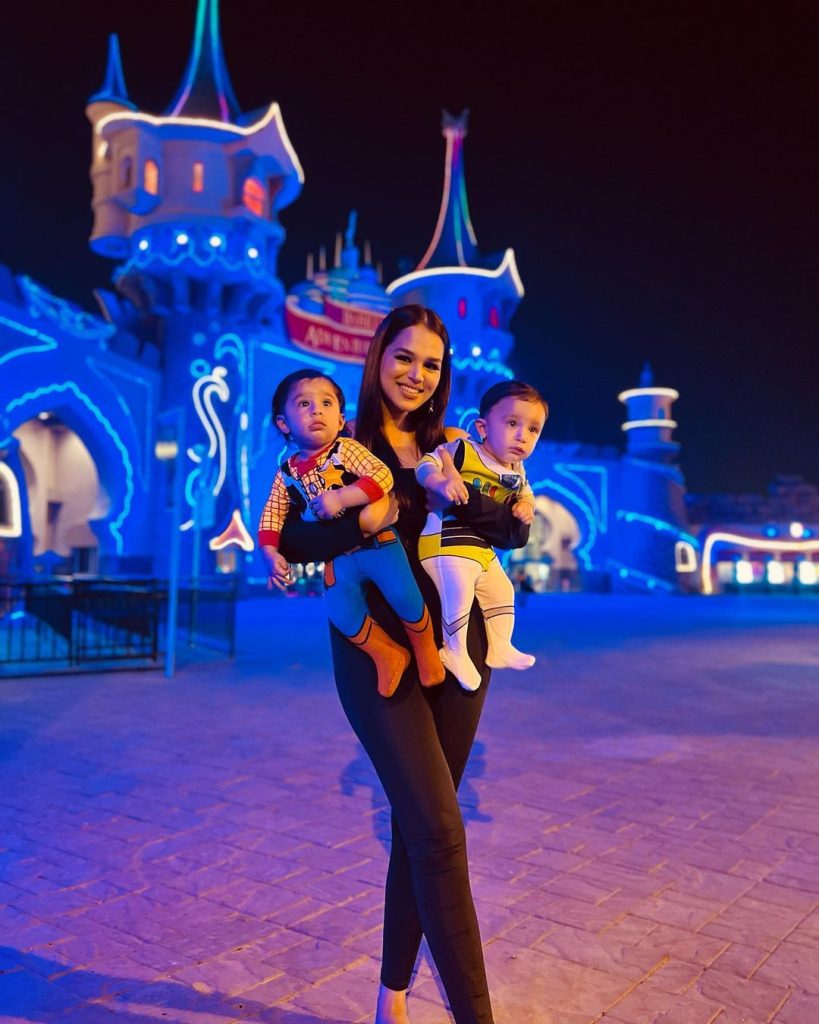 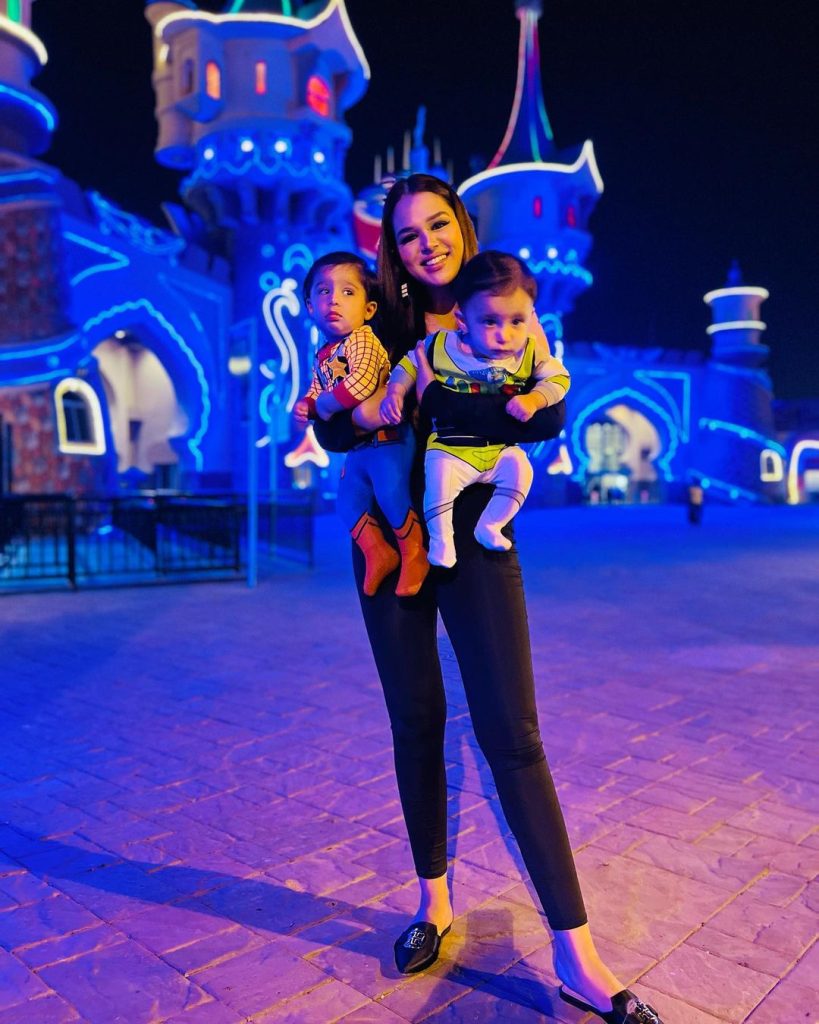 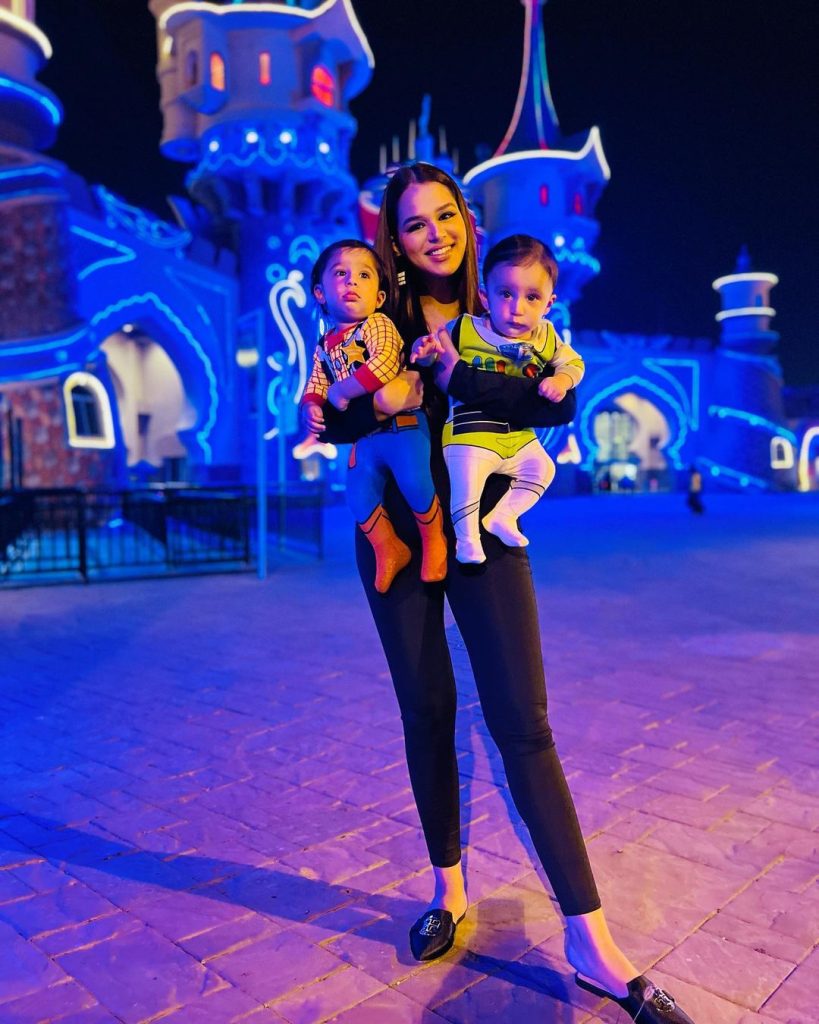 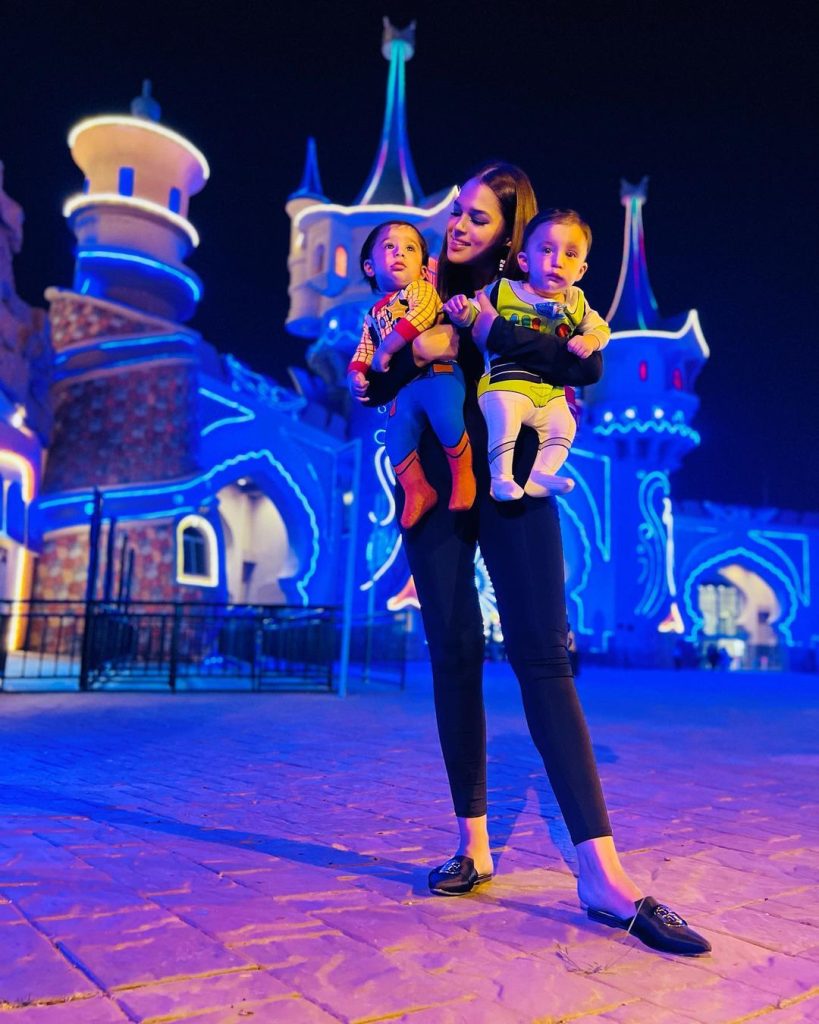 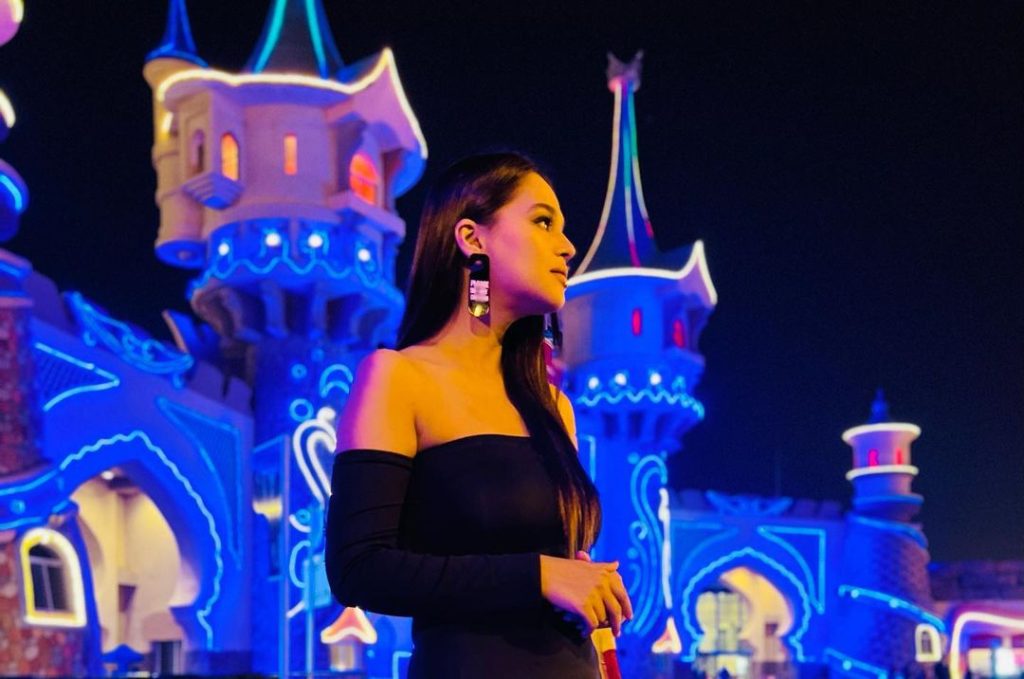 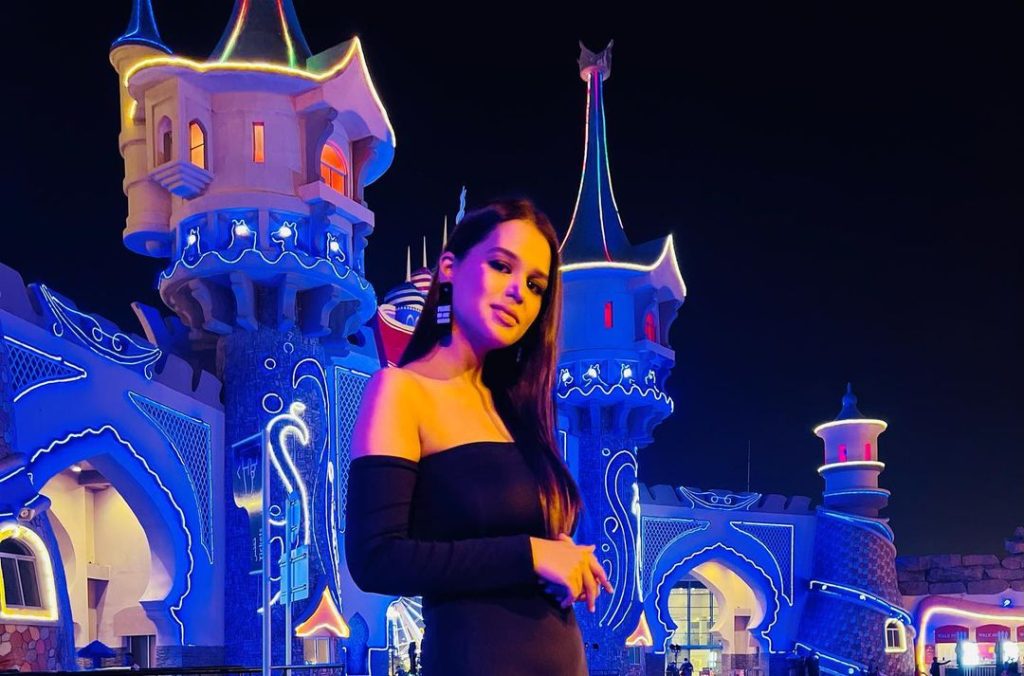 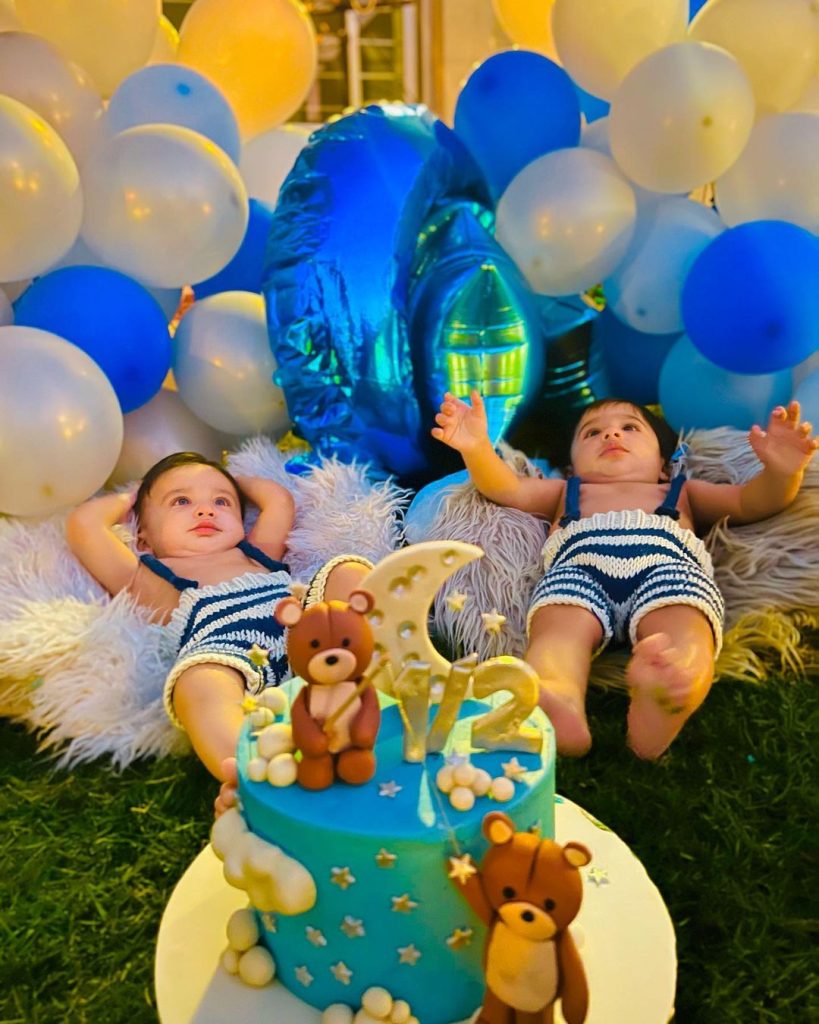 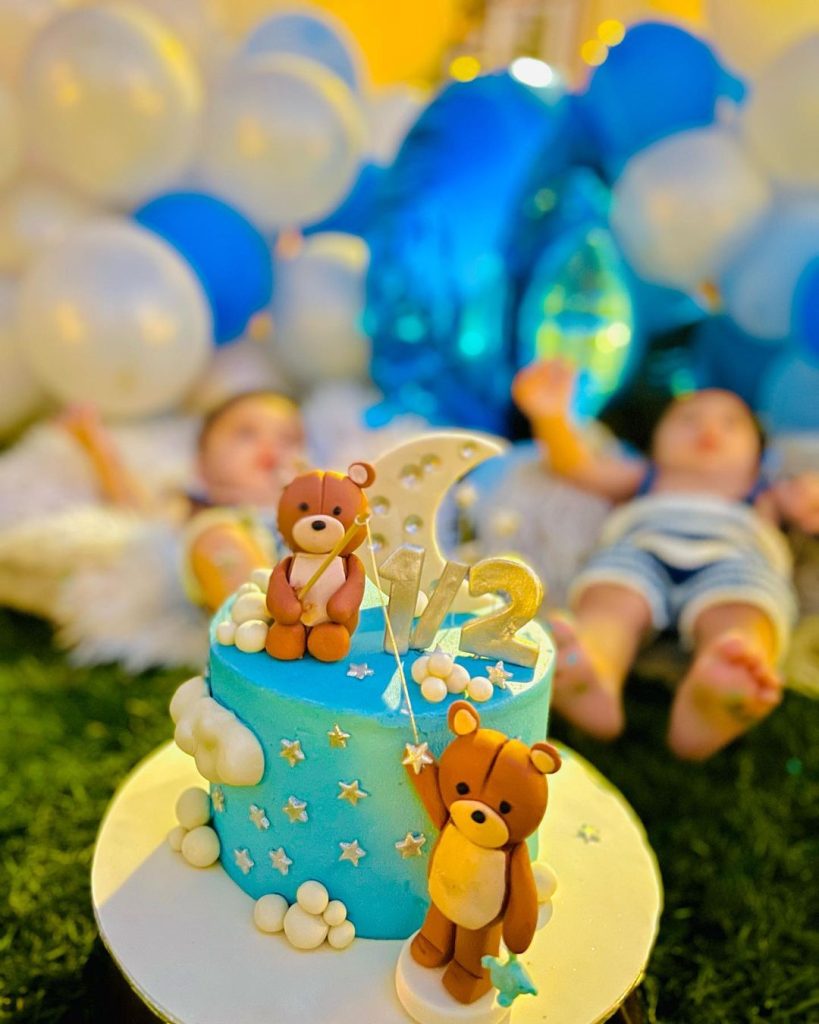 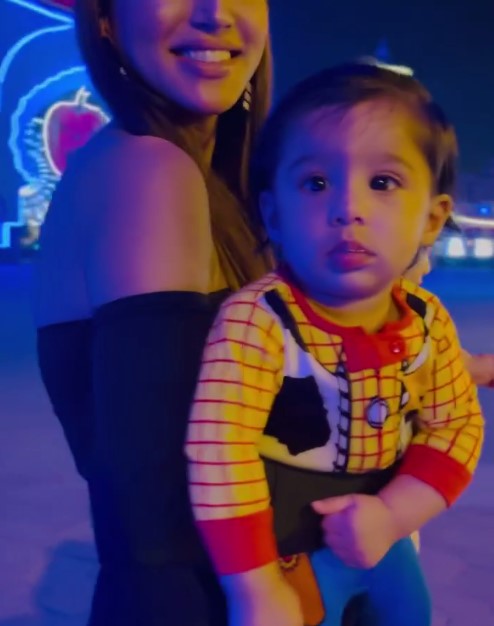 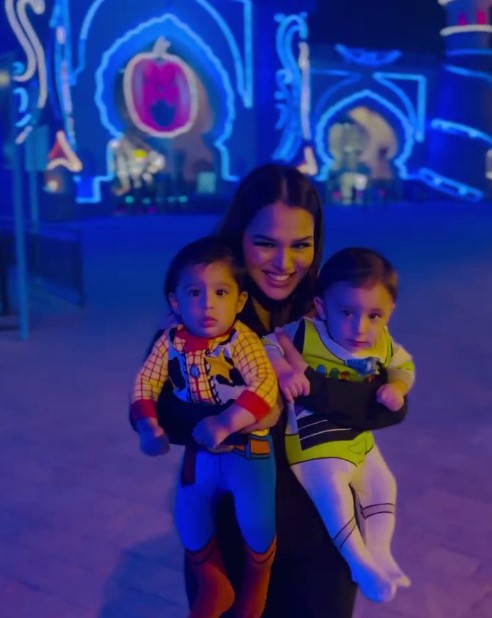