Saboor Aly is a gorgeous and talented Pakistani television actress, she got married to Ali Ansari in January 2022. The actress is bold and beautiful and doesn’t shy away to speak the truth in other person’s face. Recently, she appeared in The Tall Talk Show with Hassan Choudary in which she clarified the misinterpretation of having whitening injections. On Hassan’s question, ‘You and Ali Ansari have had whitening injections, which got misinterpreted, would you clarify that?’, replying to the question, Saboor Ali said, “they were just the vitamins injections, we work a lot, we become tan and dehydrated,and that’s why we had, had I been white, I would have been in every other drama and I would have turned all white, but it’s not like that” 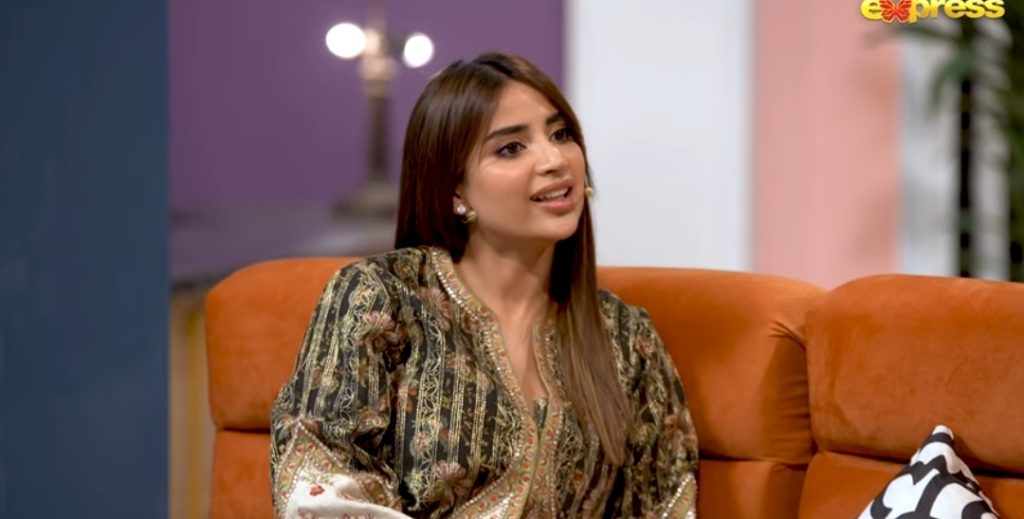 Saboor Aly further said that there was a time, the directors used to emphasize putting up ivory foundation on every actress to make her look white which has now changed. Saboor Aly said that she doesn’t know if the trend has changed but now she’s in a position to say no to it.

Here is the link of the interview: