Sidra Batool is a young and beautiful Pakistani actress and model who has been a part of showbiz industry since a long time. Sidra Batool has appeared in various dramas as a supporting character. Sidra got huge recognition from drama serial “Ishq Hamari Galiyon Mein”, which earned her a nomination for Best Soap Actress. Sidra Batool is married and blessed with two adorable daughters. 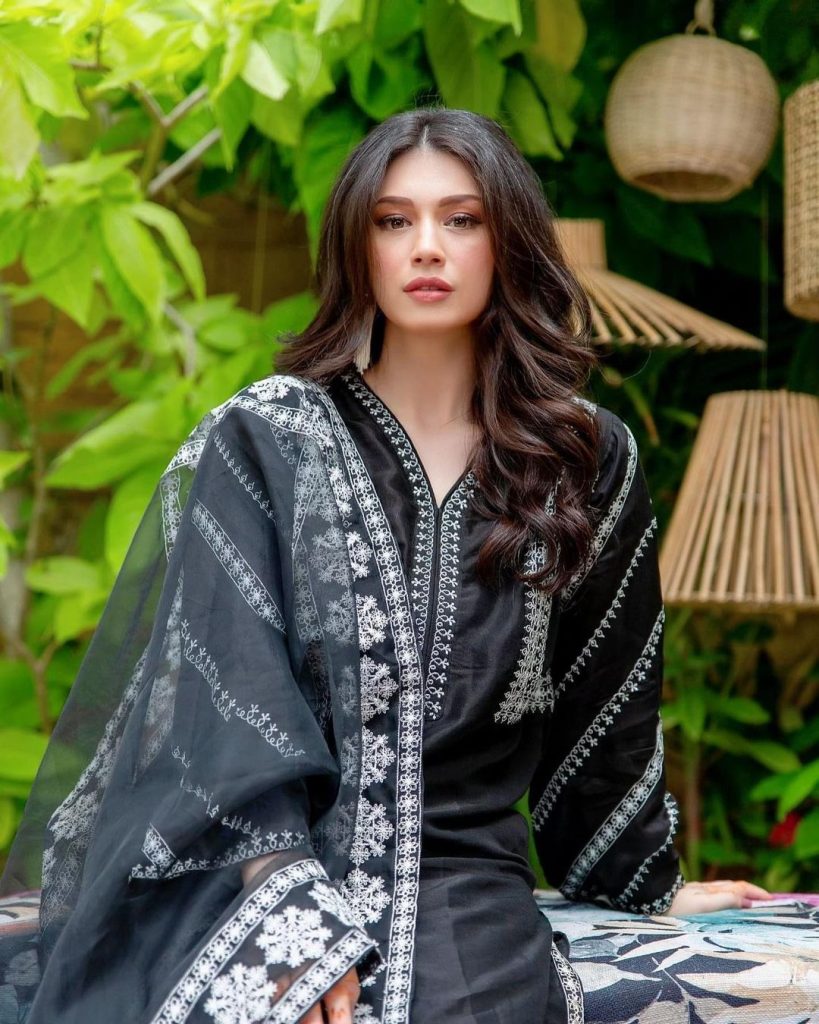 As every Pakistani celebrity was celebrating Eid-ul-Adha with full enthusiasm, Sidra Batool also stood forward to treat her fans with some adorable family Eid Pictures. Sidra took to her respective Instagram account to share some beautiful pictures with her daughters. The mother daughter-duo looks super cute together as they were spotted twinning in same outfits. Let’s have a look at some of the enchanting family pictures of Sidra as they celebrate Eid-ul-Adha! 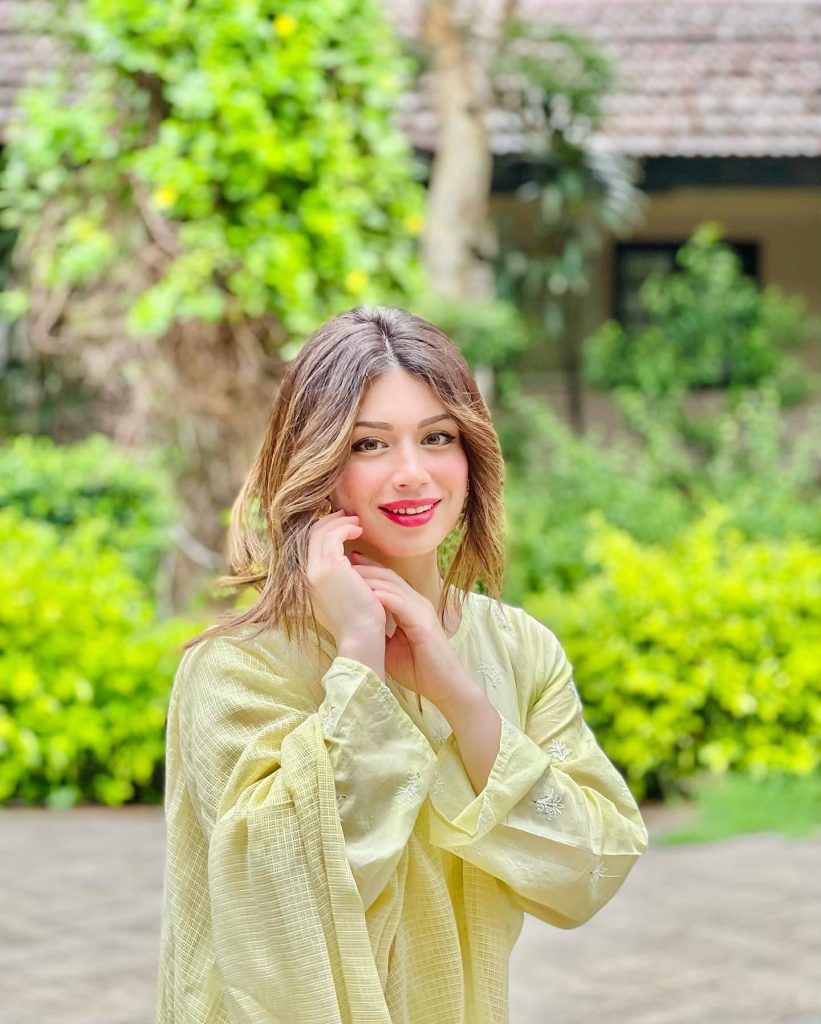 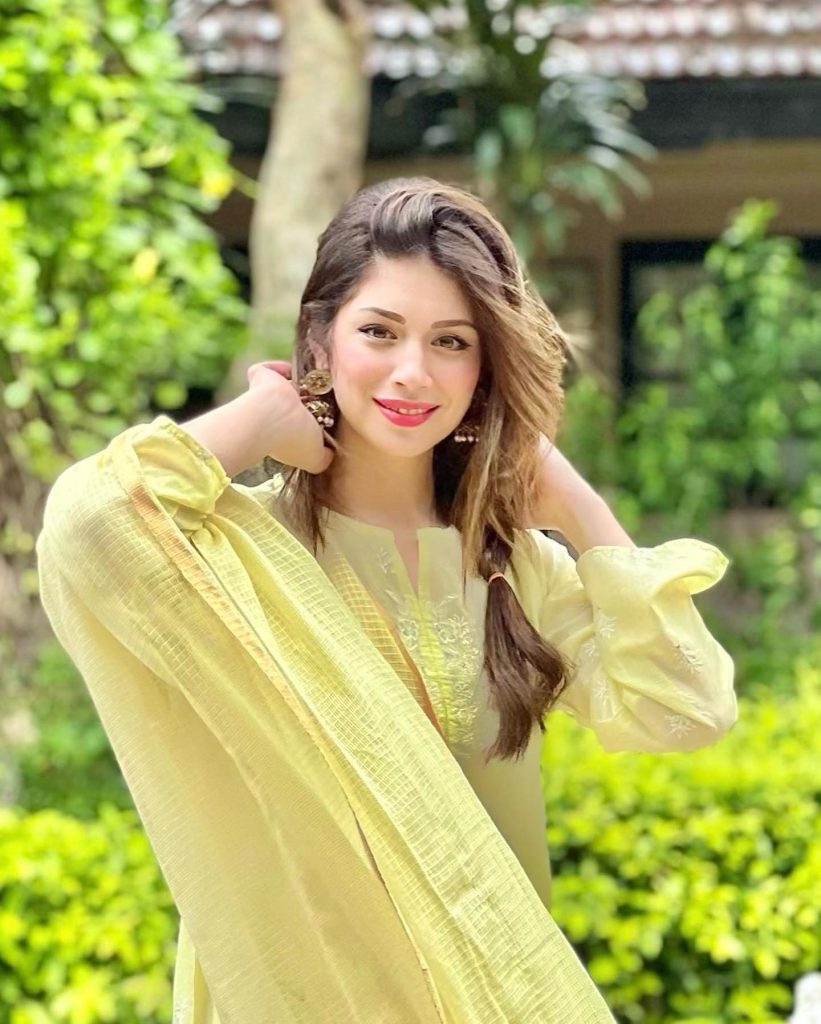 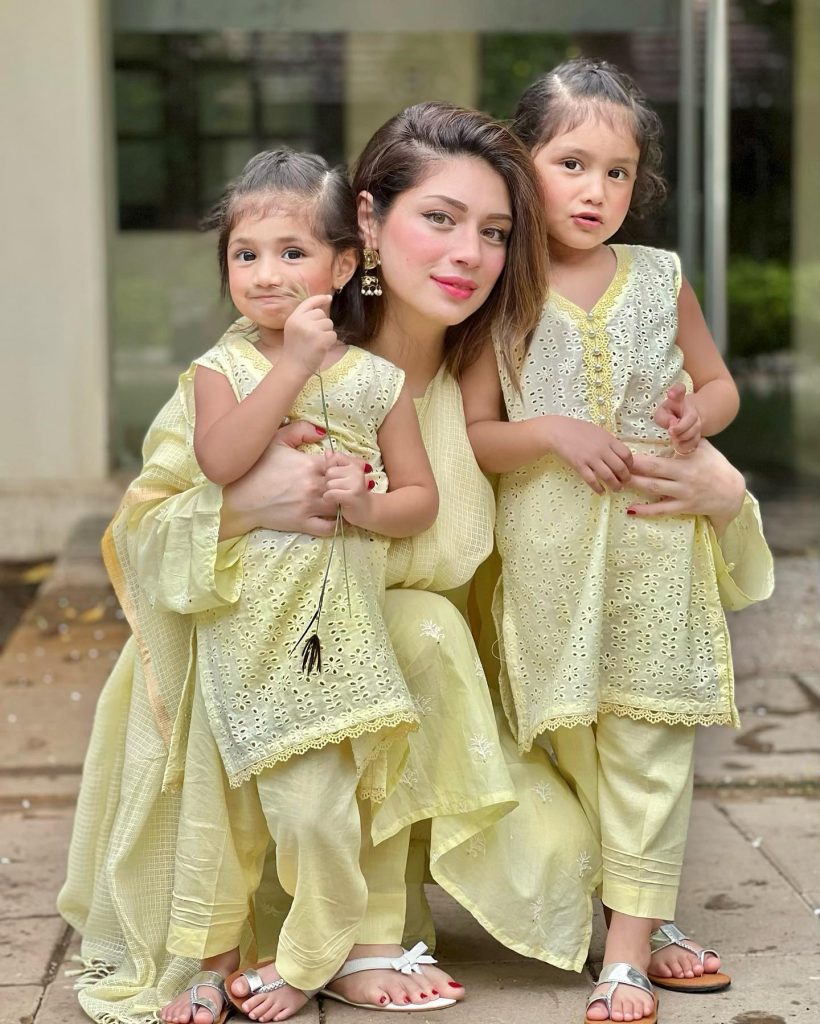 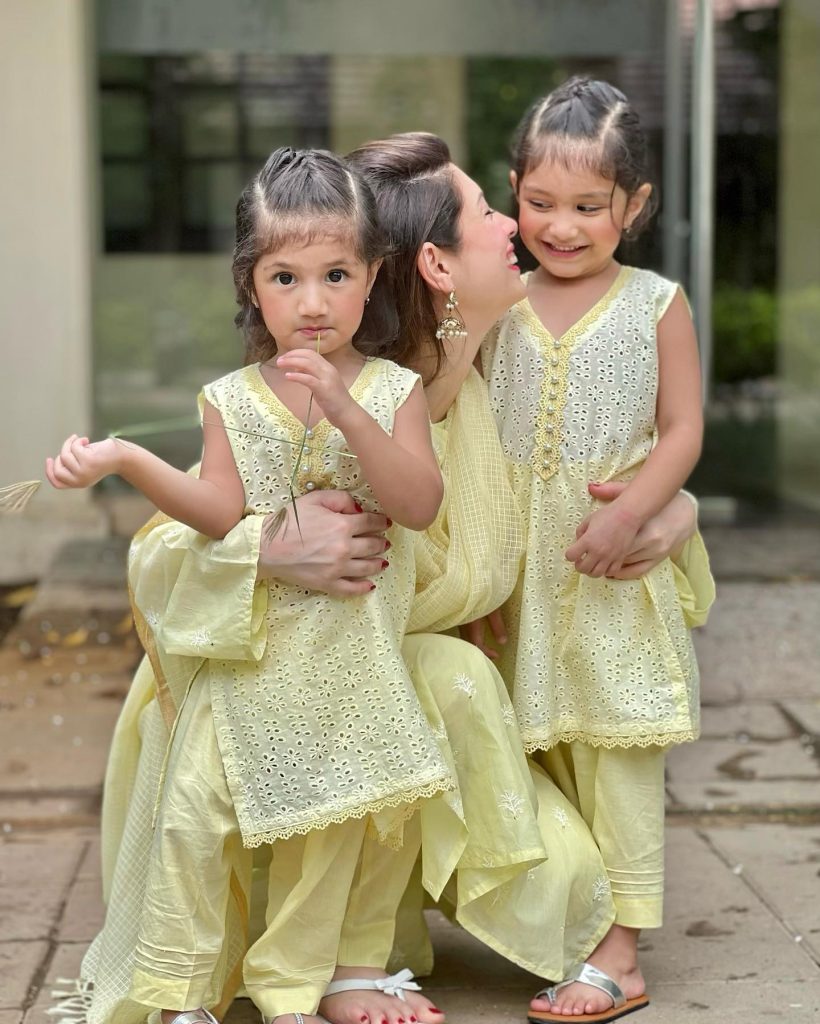 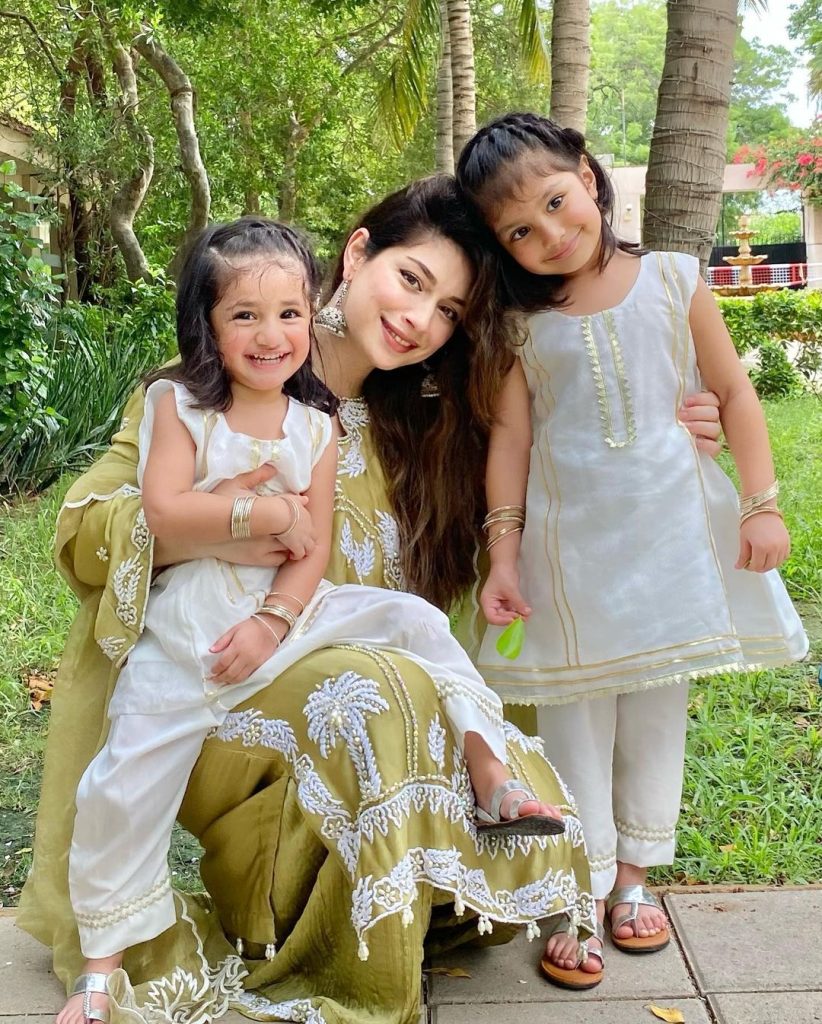 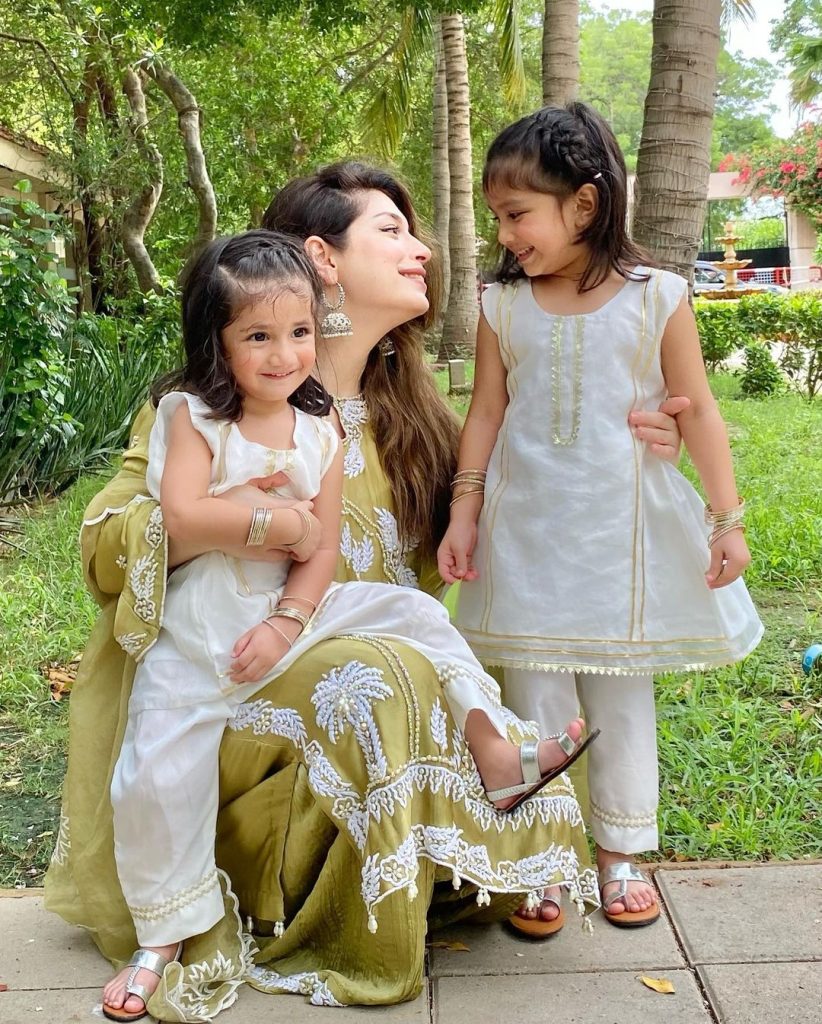 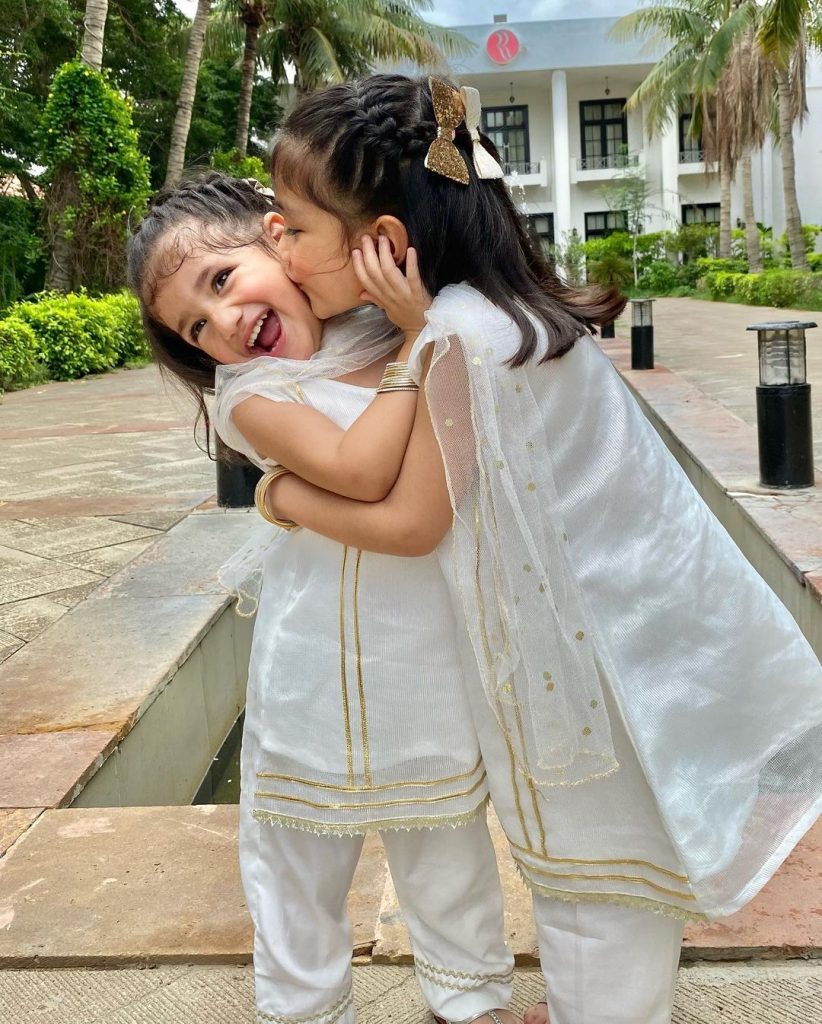 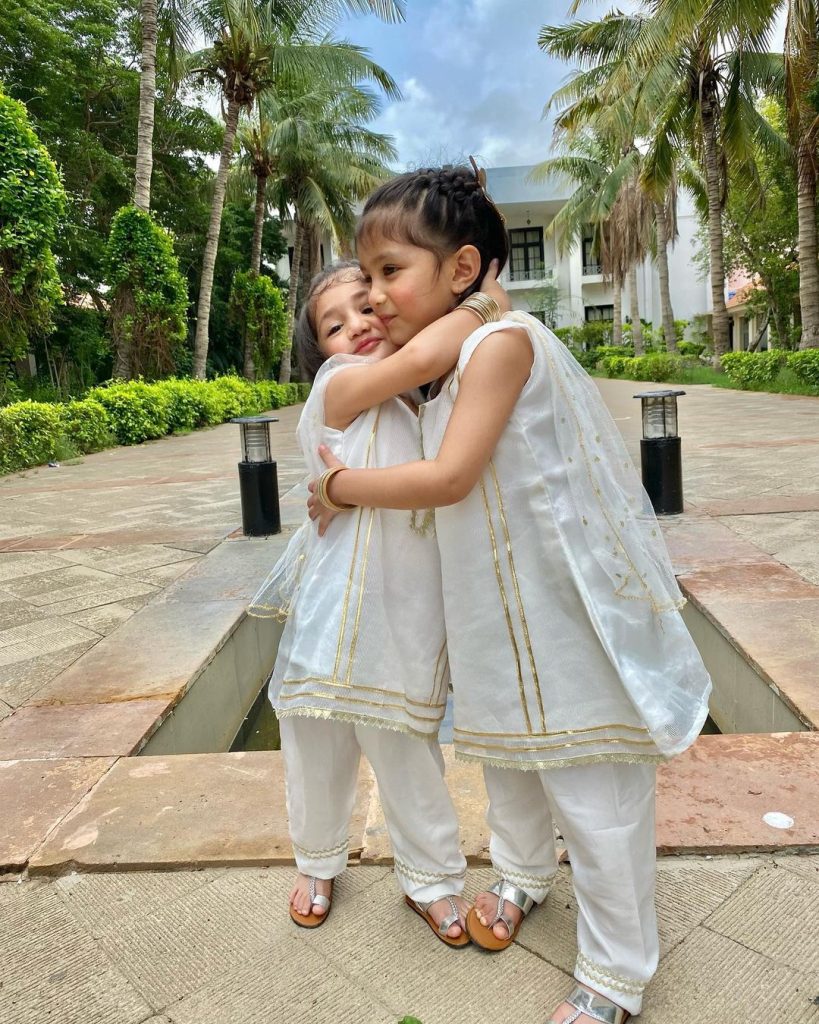 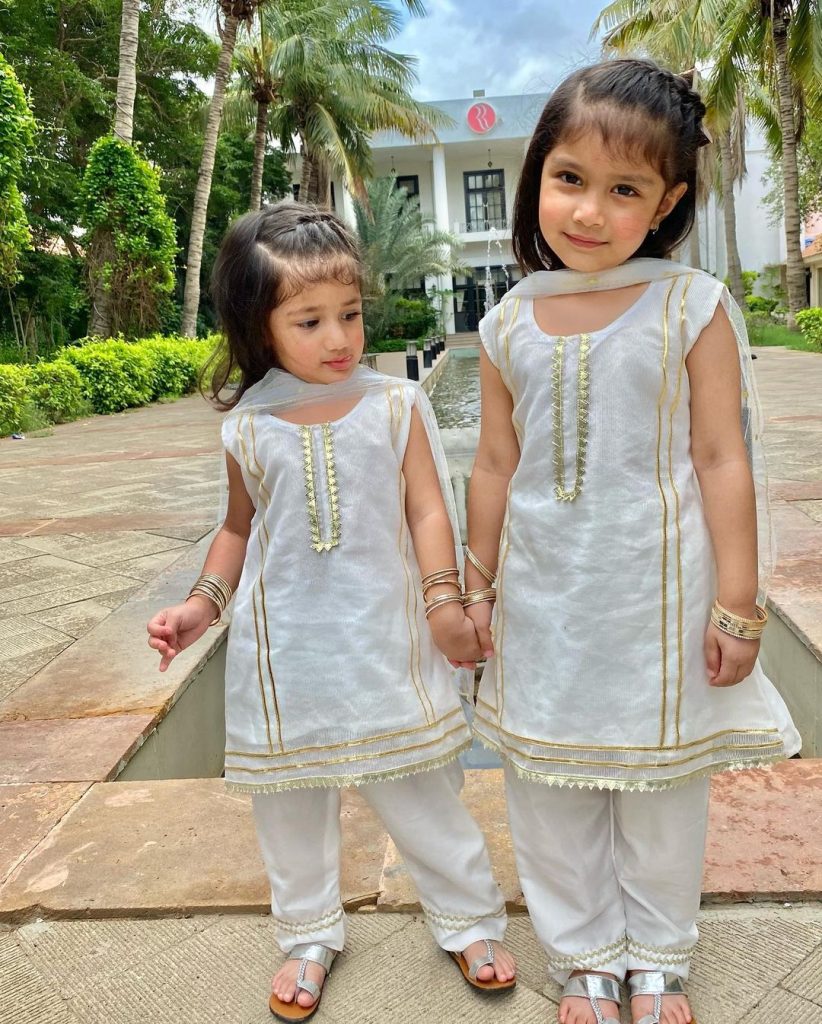 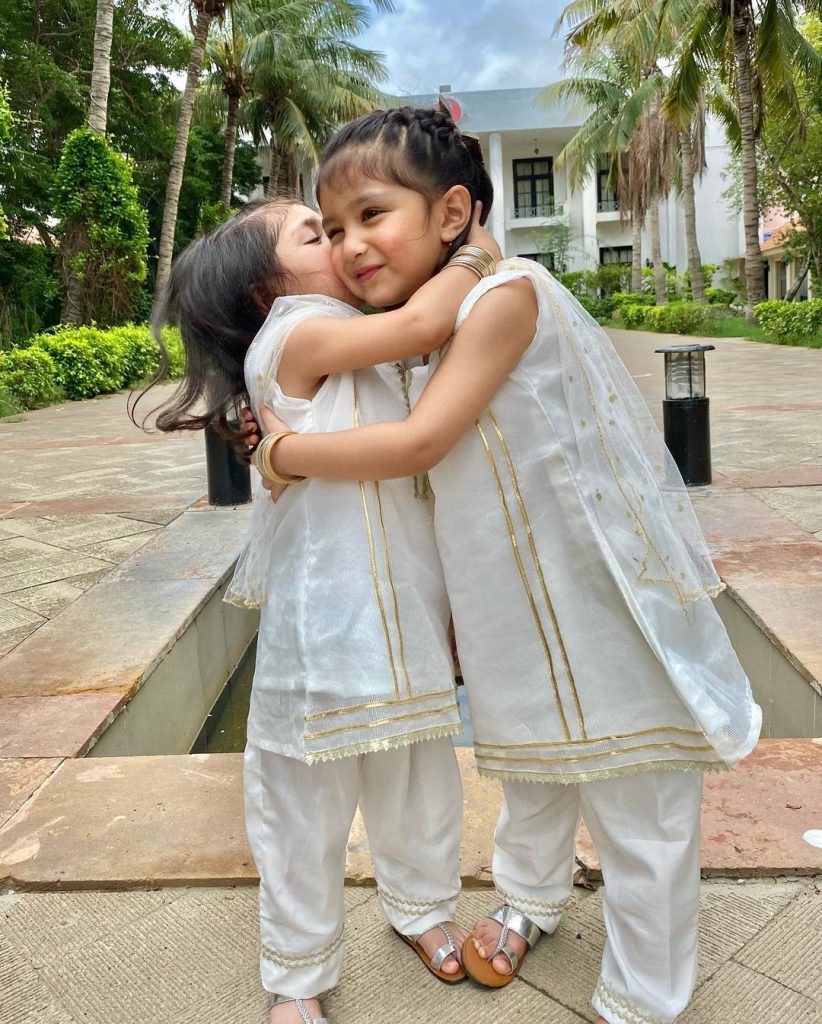 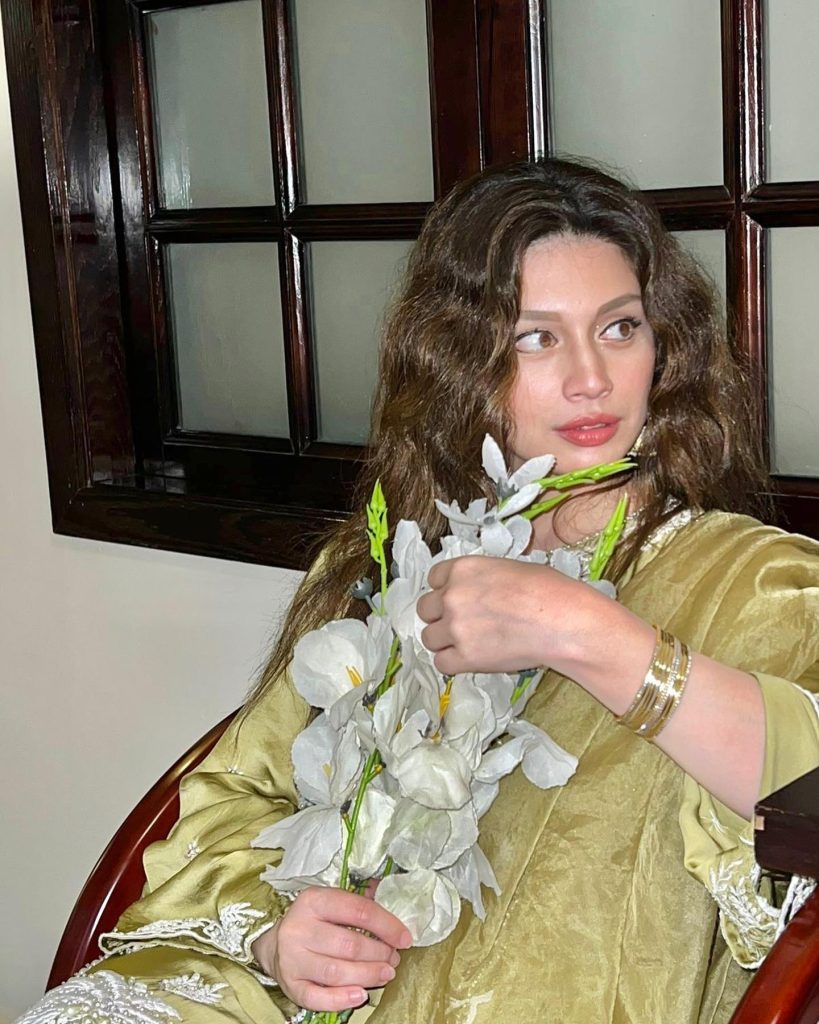 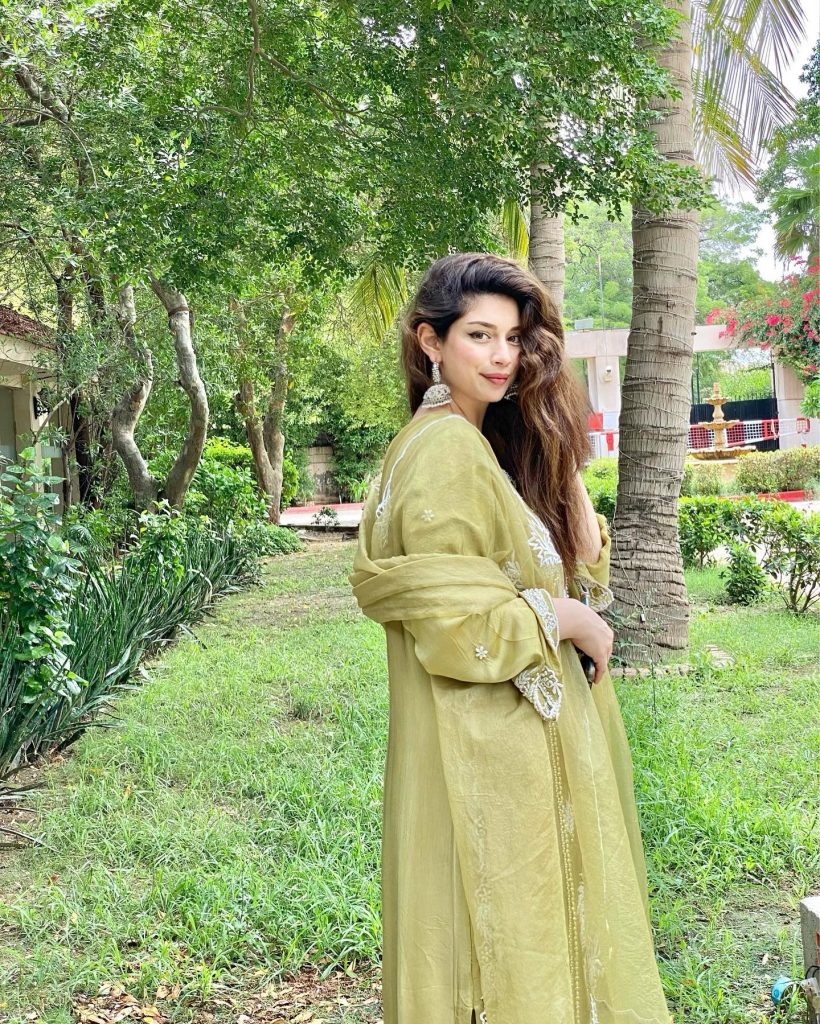 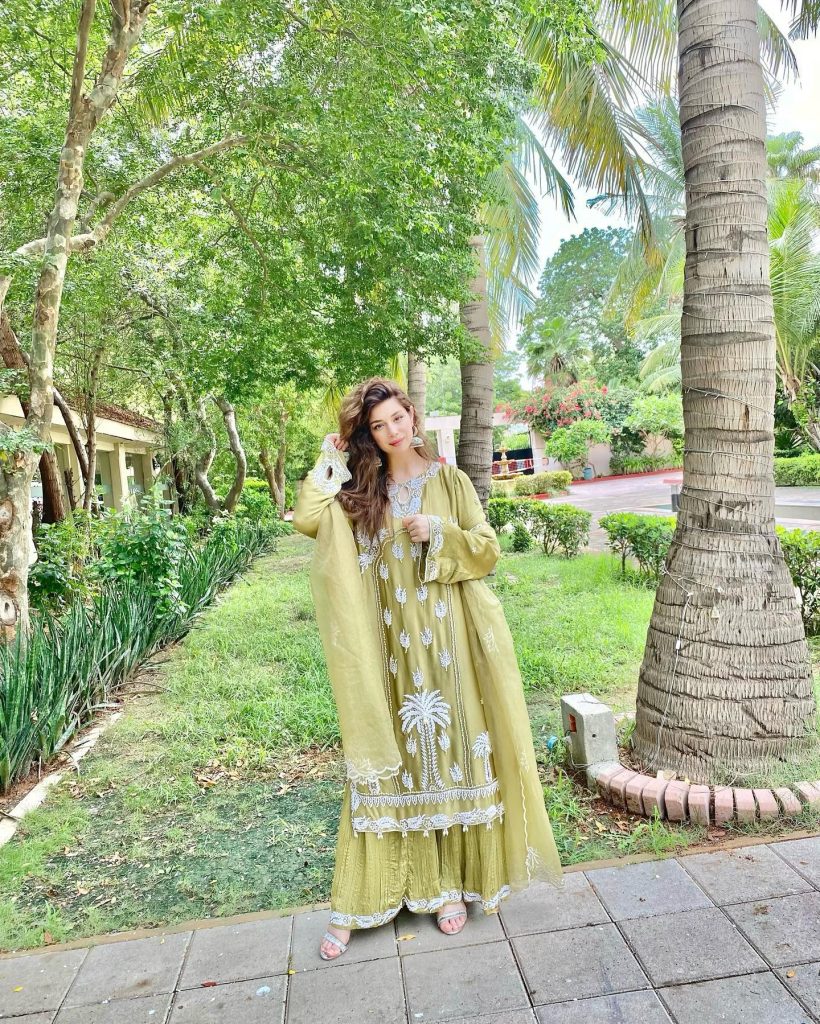 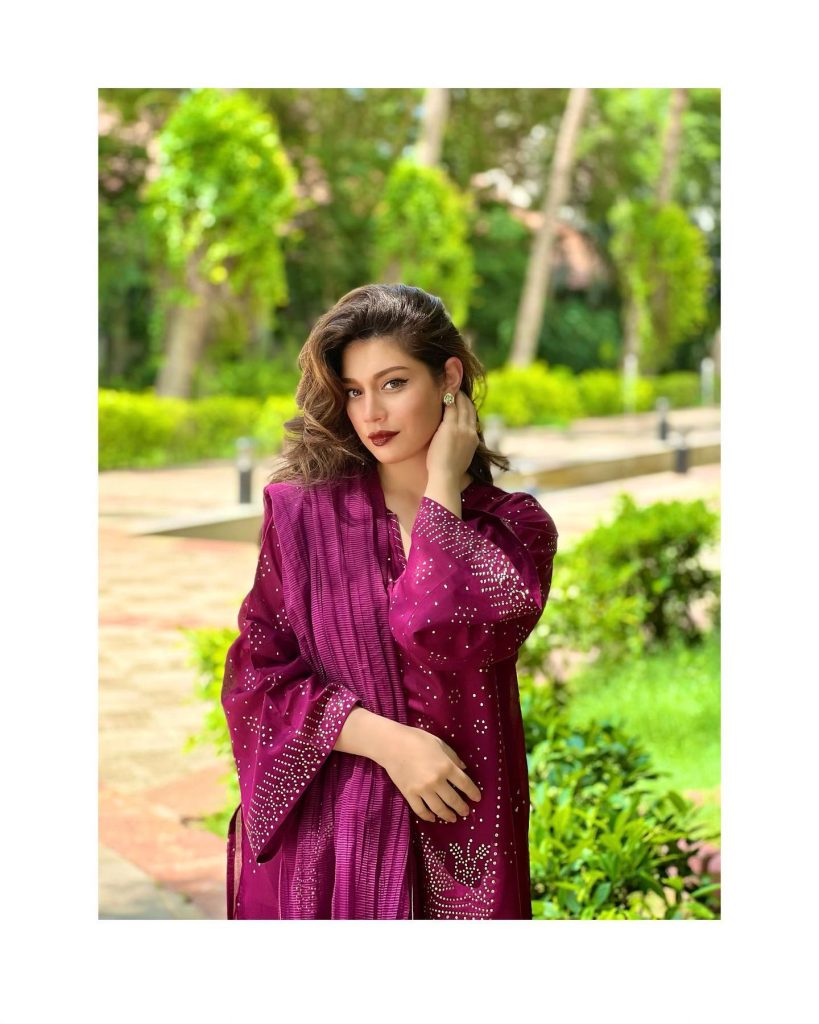 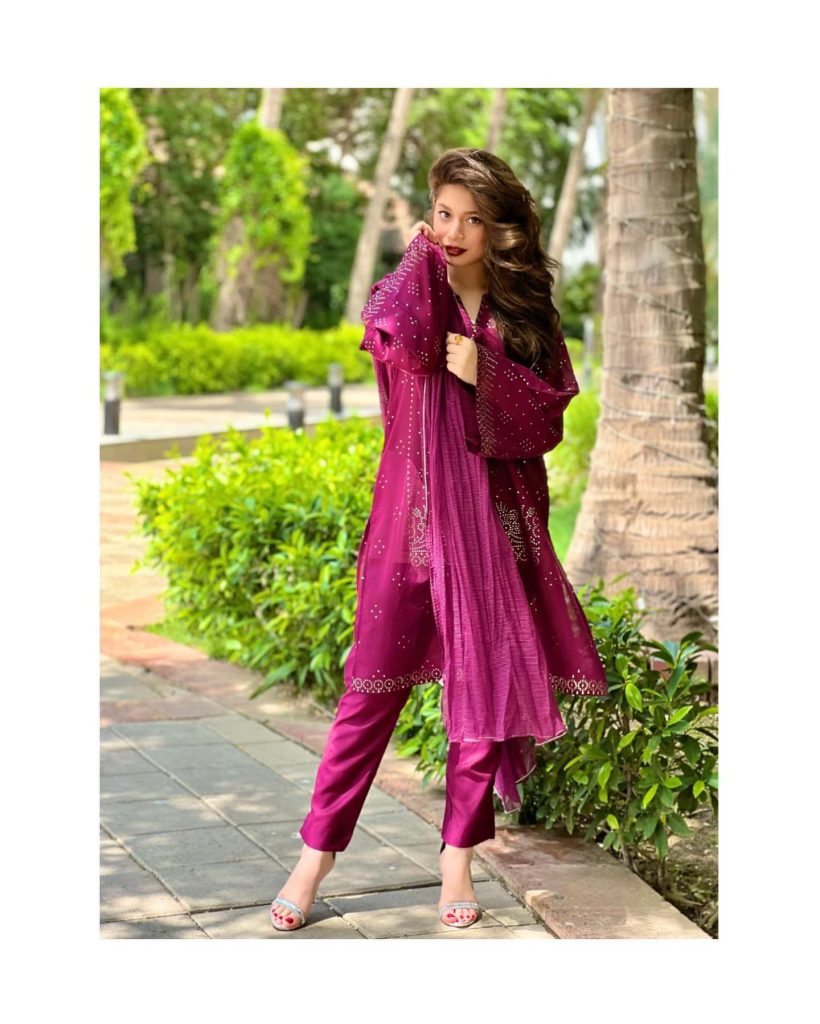 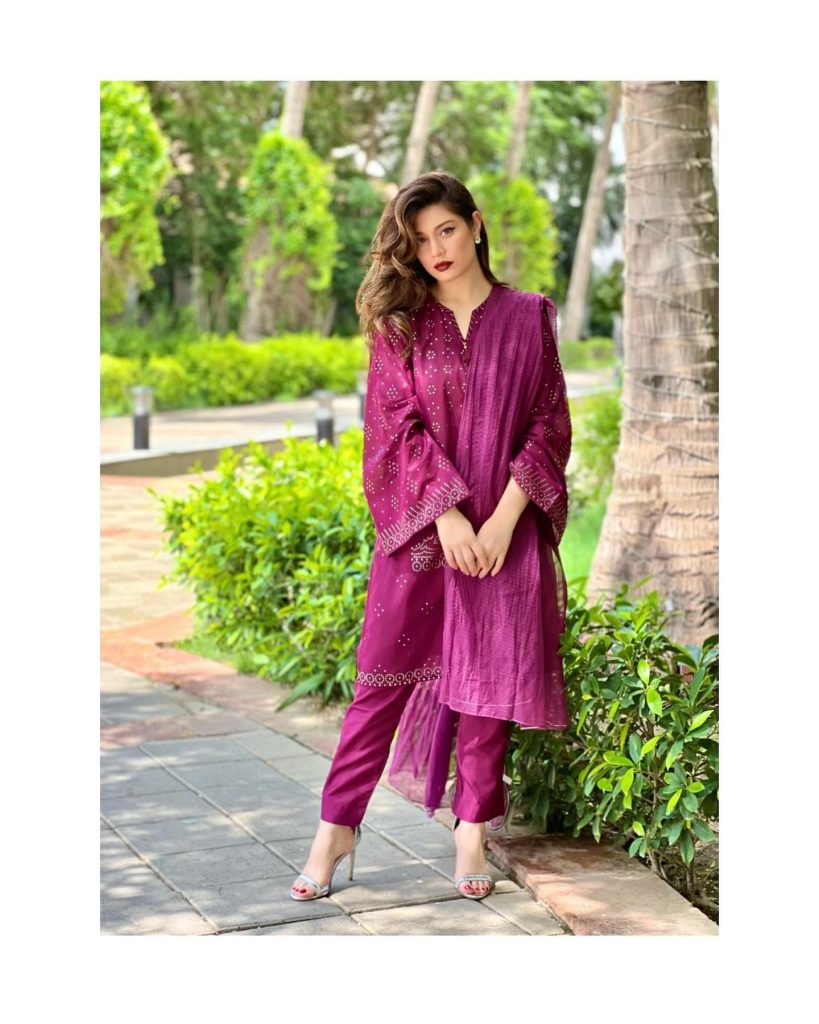 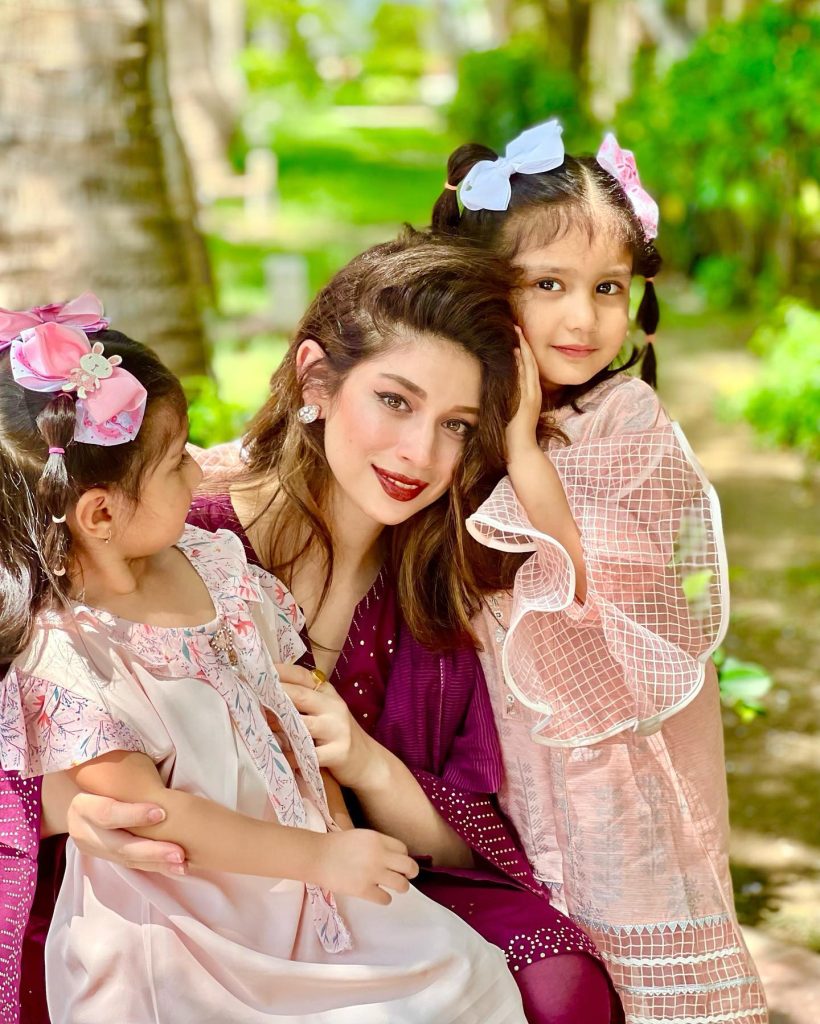 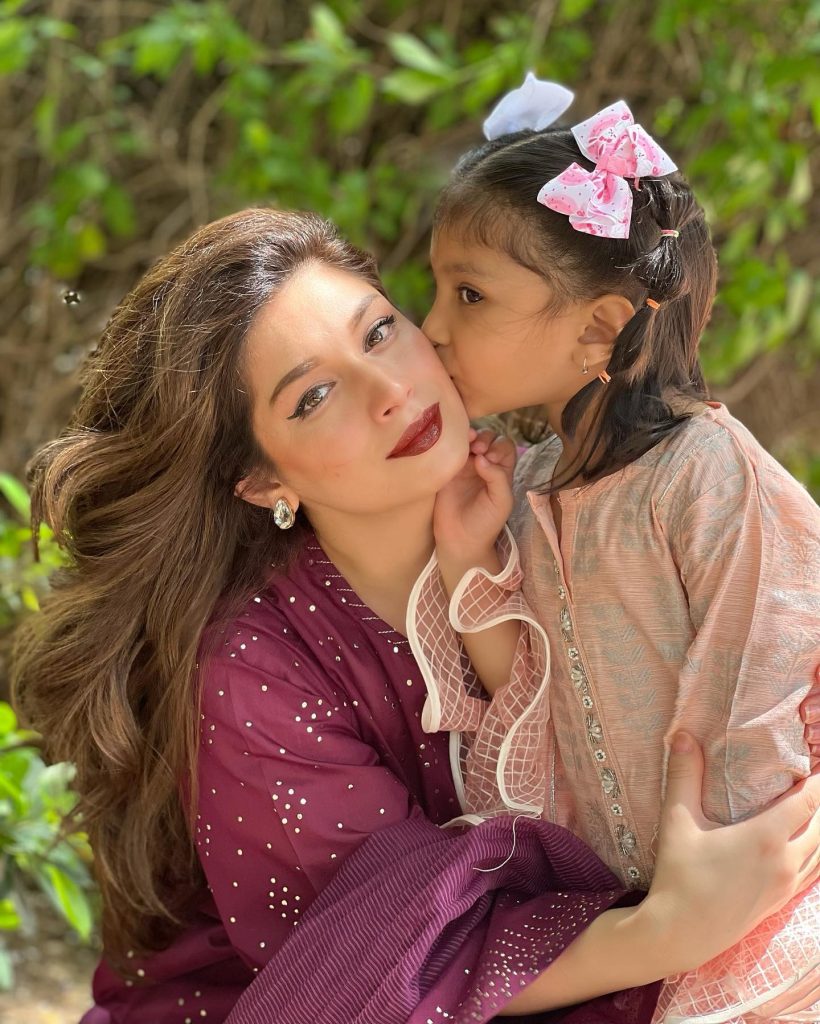 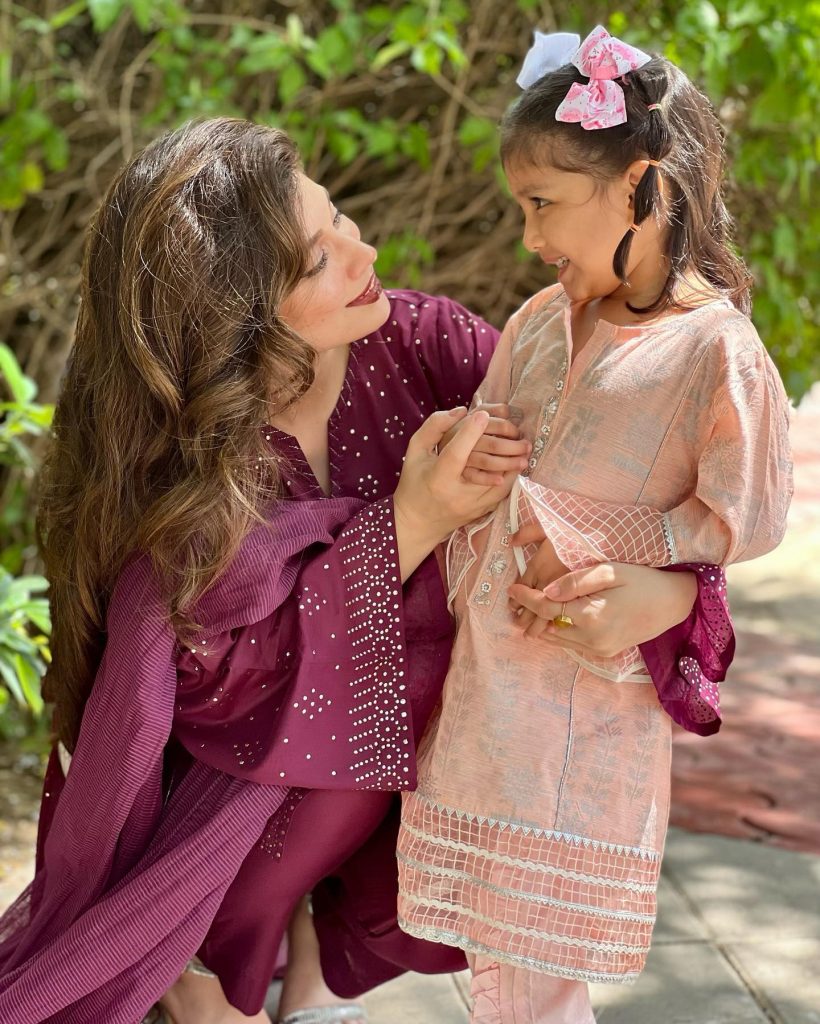 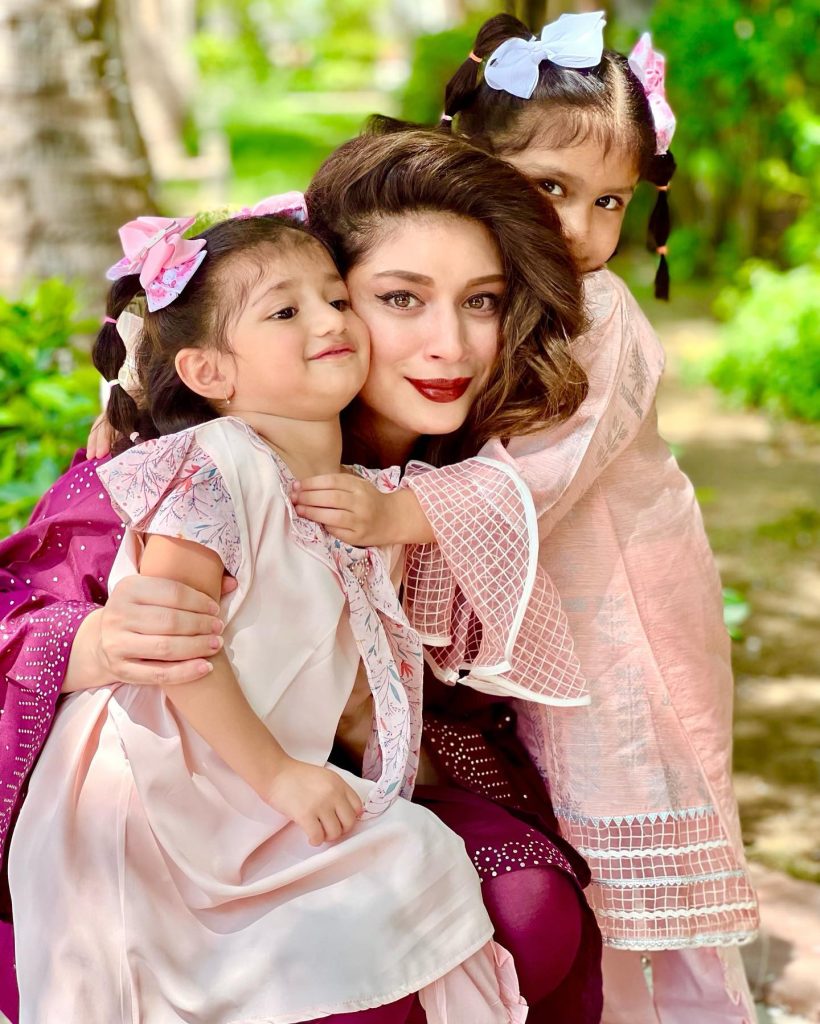 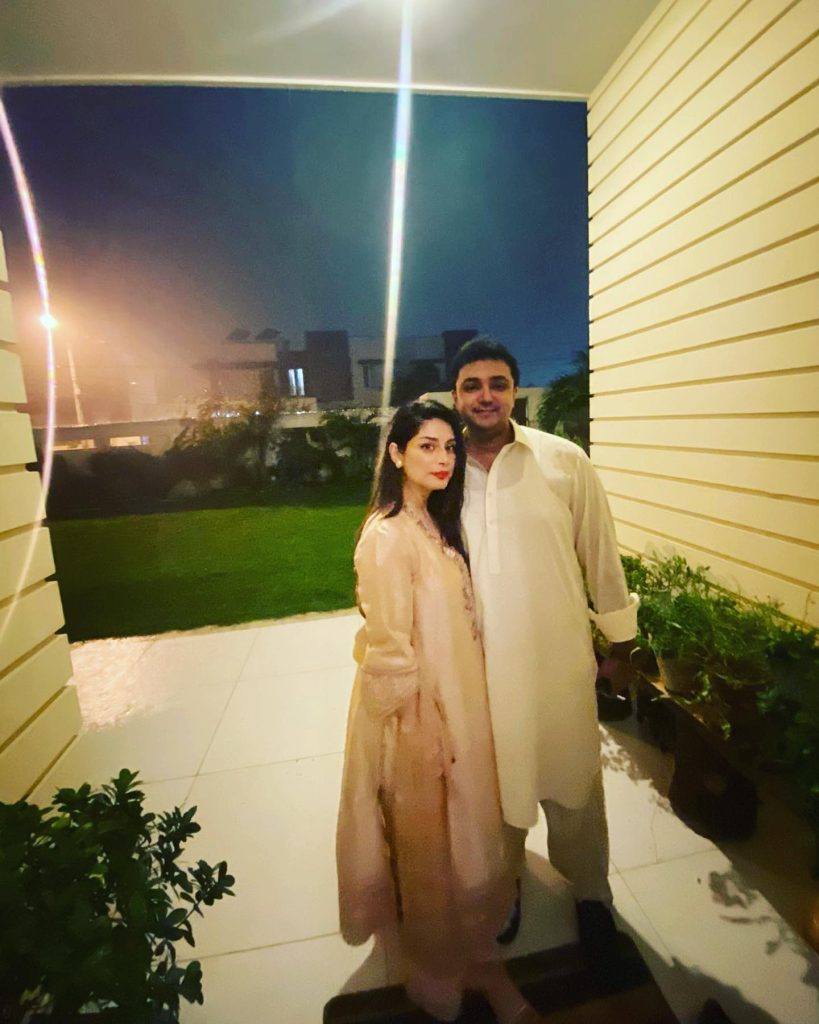 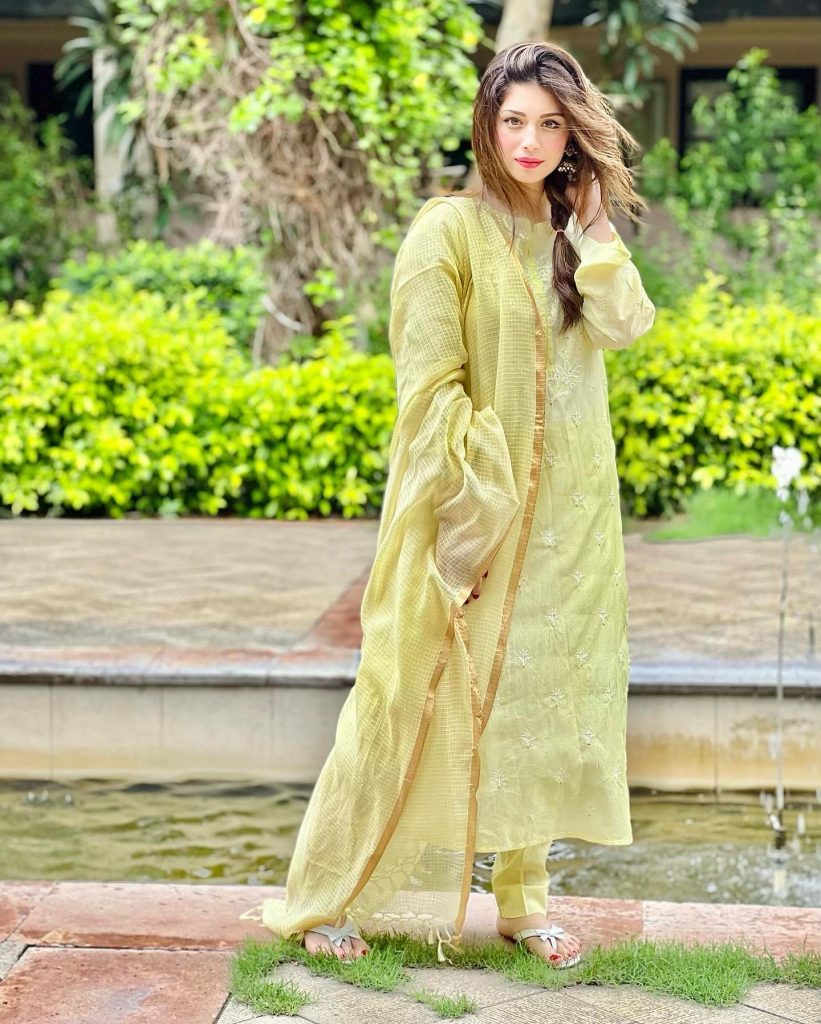