So episode 21 is here and even though things look chaotic but we can see it ending well for everyone eventually. This one had it’s fair share of sorrows and joys. I enjoyed the part where the writers brought the complexity of characters back in the story. Fehmi was shown to have a soft corner for Momina after all and she gives her sincere and honest advice regarding her relationship with Arham. It was evident the love and affection a woman has for another woman. Fehmi has lead a life alone and has dealt with all sorts of situations she is well versed in the matters of the world so she doesn’t want Momina to make decisions that she’ll regret making later.
Ever since Fehmi’s introduction her loneliness has been shown as a major part of her personality. She longs for a family and a home and even though she finds it hard to trust the world including her step daughters she still can’t watch Momina make any decision that will leave her as lonely as Fehmi. Areej also had a change of perspective after Arham’s accident. Watching her only brother fight for his life put things in perspective for her. She realized that Arham’s love for Momina is not a phony thing it is much stronger than that. This episode also focused on Areej’s own relationship with her husband. It showed how she envies the bond shared by Momina and Arham and wishes she had something like that with her husband too. 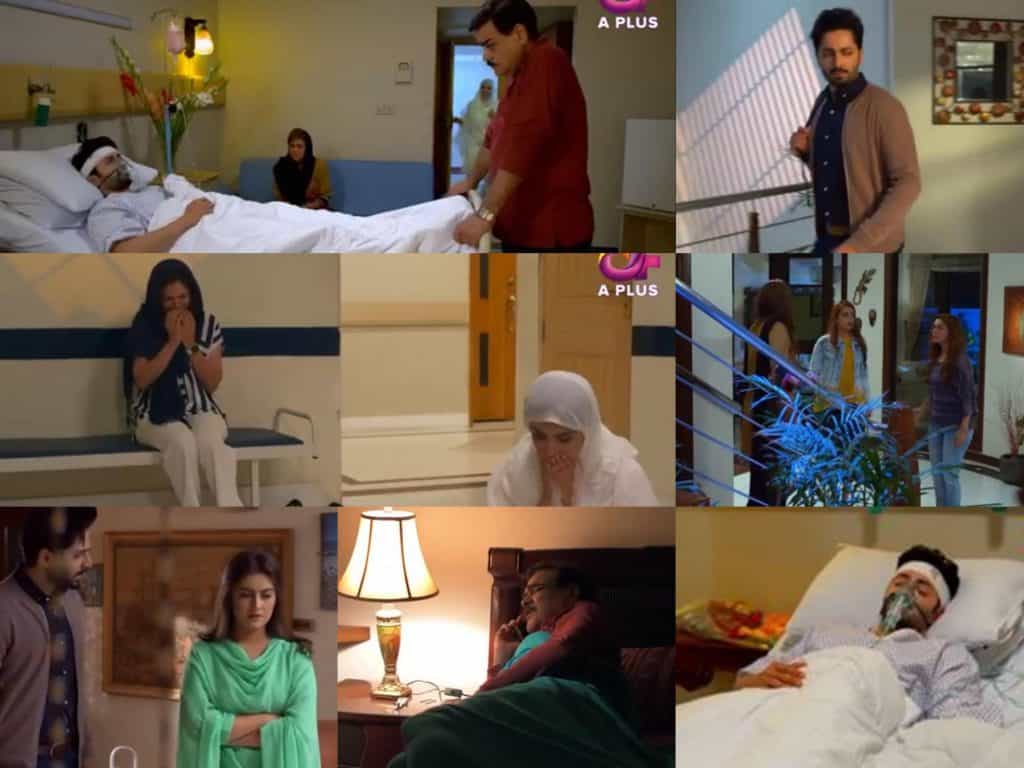 Areej and Fizza have some heated arguments and given how fragile Areej’s marriage already is it wouldn’t be far fetched to assume that Areej might have to face some consequences. It was also implied that like Amtul Zawar might use his relationship with Areej as a bargaining tool to get Fizza what she wants.
Abeer was also less hostile towards everyone in this episode including Areej and Fehmi and she has also formed a bond with Sami. This probably is because she is in love with Faraz and he makes her happy. Afaan and Momina also have a heart to heart moment in this one where Afaan expresses how much he’d like it if Momina not only considered him a father figure but also called him “baba”.
Amtul stays as bitter as always. Even after watching her son have such a close encounter with death nothing much changed. She still blames Momina for everything and is likely going to blame Momina for Areej’s problems too in the coming episodes.
Overall this episode had some strong emotional moments like Arham telling his parents that he is leaving the house. Fehmi giving Momina some sincere advice. Areej having a meltdown in front of Momina. The story is about to be concluded and all this mess is necessary chaos.
How’d you find this episode of Haara Dil?