Pakistani dramas are filled with emotions. It is because they portray the sad realities of life, which forces the actors and performers to convey the emotions in such a manner which does justice to the emotions of sadness and sorrows. Pakistani actors are strong performers and they do what it takes to breathe life into their characters and act in such a way which leaves a long lasting impression. Acting is a skill and a craft which one gets to perfect after years and years of experience in front of the camera. The actor’s job is not only challenging but it is also demanding in terms of improvement. This is the reason why a lot of actors tend to improve themselves after they learn on the field and get to learn from their mistakes after seeing their own dramas.

Crying is one such emotion which the viewers of Pakistani dramas get an overdose of. It is unfortunate that not even a single Pakistani drama is free from crying sessions of the actors. It is justified when the situation calls for it because the reality is being portrayed but there are a lot of actors who tend to go overboard and make their crying scenes intolerable. In other words, crying scenes give the actors a lot of margin to perform and earn appreciation because that is when the viewers get to feel the pain of the character but, even that is an art which needs finesse in itself to establish that connection. As much as some Pakistani actors do justice to any given emotion they are assigned to translate on screen, there are also those who make these scenes hard to watch because of their poor take on crying.

Here is the list of worst criers seen in Pakistani dramas:

When the viewers got to know that Sanam Jung was making a comeback that too with Zahid Ahmed, everyone expected fireworks. What they didn’t know or expect was that those fireworks will soon turn out to be deafening for everyone because of the screeching sounds Sanam Jung will be making throughout the drama. In her comeback drama Main Na Janoo, Sanam Jung continued to cry but what’s unfortunate was that even after so many years, she didn’t teach herself to not go overboard. The kind of sounds and voice modulation she opted for while crying in certain scenes was enough to send shivers down one’s spine because it was hard on the ears. The exaggerated attempt of sounding to be in a lot of emotional turmoil and pain was not only intolerable but what sealed the deal was her poor expressions along with irritating voice. We hope that before signing her new project, she watches Mai Na Janoo 10 times to learn all the don’ts of acting! 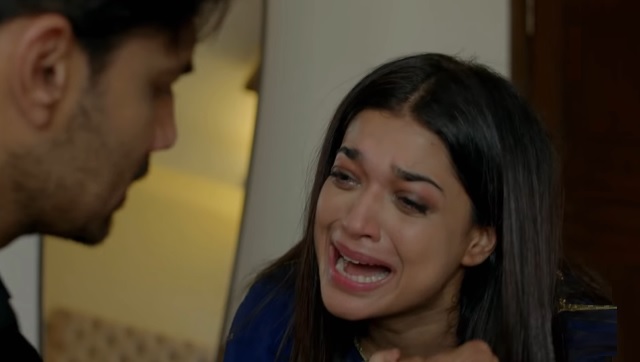 The new girl in Drama town who is being hired again and again to cry and cry some more; the very beautiful eye candy Alizeh Shah. It is unfortunate that despite being a part of such popular dramas, Alizeh Shah is not doing much to improve or change her acting. She usually takes such roles where she has to cry a lot because a pretty girl is easily digested as a bechari, however, her bechargi costs the viewers their brain cells because of the way she cries. In those emotional scenes especially, her dialogue delivery, minute expression, voice and everything about her goes off-track and makes one laugh instead. Alizeh Shah should definitely get herself enrolled in an acting school especially to master the emotional scenes, since she is into doing a lot of them! 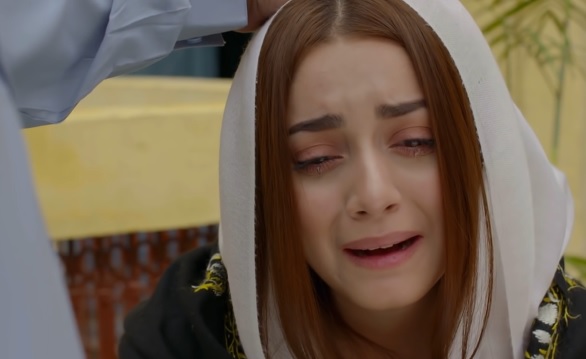 Shaheen Khan has been a part of Pakistani drama industry for years now. She is a mature and experienced actor but all of grace and experience goes out of the window when she starts crying. What’s amusing is that she tends to do a lot of makeup despite the fact that she always takes up such roles where she has to cry constantly, which also turns her characters into a caricature. Crying would be a wrong word here because what she does during those scenes in all her dramas is howling. Shaheen Khan definitely needs to tone down a ton of notches because she has been deafening the drama viewers for years now. 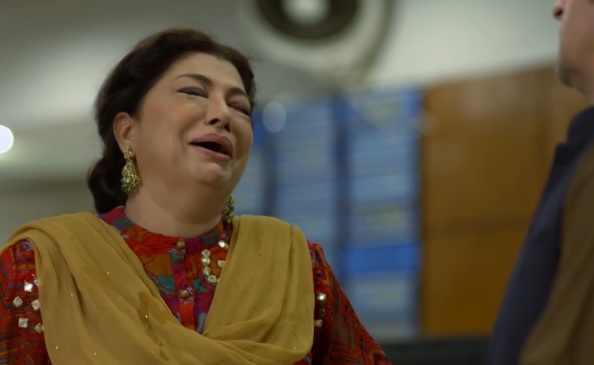 Gul e Rana is a versatile actress of Pakistani drama industry. She is not only experienced but is observant enough to give every character the kind of treatment it deserves which shows the grips she has on the roles she is assigned to portray. However, she also qualifies for the list of worst criers because she tends to go overboard, especially the wailing sounds she makes are hard to tolerate which actually forces the viewers to lower the TV volume. The expressions, the sounds, everything about her crying is a drama buff’s biggest pet peeve. 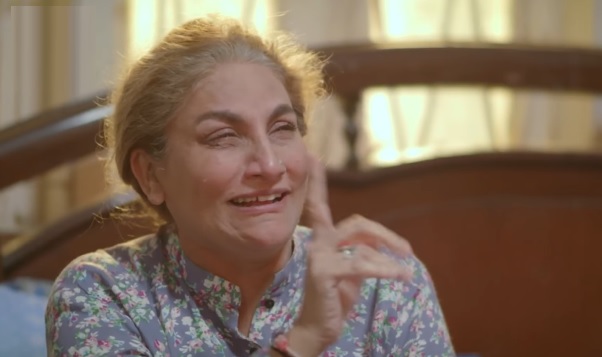 Pink nose, pink lips, pink cheeks, pink eye crease, pink forehead – in short everything turns pink when Hira Mani cries in her dramas. It is like to add more visual appeal to her emotional scenes, she douses her face in rosy pink tints to make it look like the mountains of sorrows crumbled upon her and resulted in her pink face. The pink face aside, may be because after getting in touch with good and aesthetically sound makeup artists, she learnt to tone the pinkiness down, but the expressions she gives while crying make it hard to relate to her. There are some people who are pretty criers and then there are those who are not and unfortunately, Hira Mani falls in the latter category. A little toning down would suffice and be a huge favor upon the drama viewers, considering Hira Mani lovesss to cry in all of her dramas. 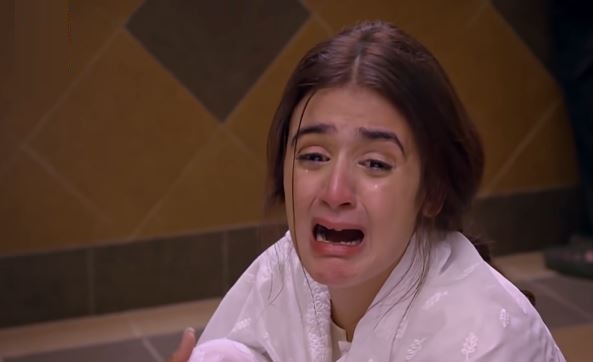 Imran Ashraf is a brilliant actor, there’s no denying to the fact that he breathes life and soul into every character he takes up. However, because Imran Ashraf is so used to giving his 100%, he tends to take his crying scenes a little further where he gives 100 expressions per microsecond, which compels the viewers to resort to the forward button immediately. He even changes his dialogue delivery while crying which actually makes the entire scene a bit too amusing. Imran Ashraf should definitely not go overboard and should know that it’s perfectly alright to not overly express yourself as an actor at every given situation – sometimes less is definitely more! 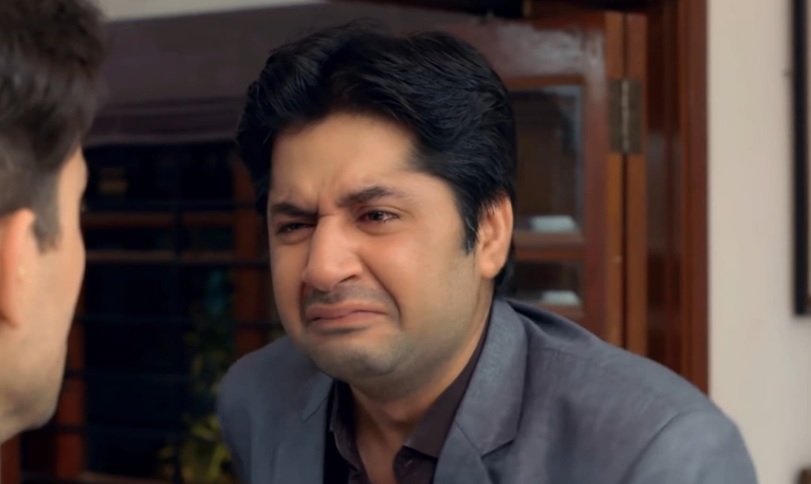 Fatima Effendi is the new howler in town. She has been doing a lot of crying in the drama serial Munafiq, although she has acted well and done justice to her character but that can not be said about the crying prowess she has displayed in the entire drama. Her cries are so loud that they can make the unconscious conscious, they can make people turn in their sleep and can wake infants up. Fatima Effendi can, in fact, should definitely tone it down especially when she knows her voice has the quality of getting a little screeching and loud. 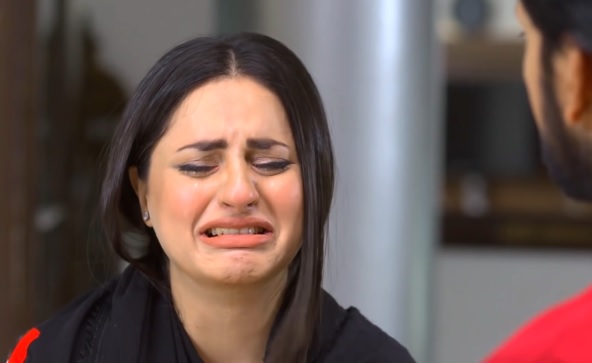 Syed Arez has cried so much in Kahin Deep Jale that when the viewers saw him smiling in the latest drama Tarap, they didn’t know how to react because the kind of expression he carries on his face makes it look like he doesn’t know how to sport a normal face expression. Syed Arez has a painful look on his face and every time he speaks, it looks like the poor guy is going to burst into tears any minute. The subdued low pitch voice, red glycerin filled eyes and droopy lips, along with exaggerated expressions make him a poor crier too. 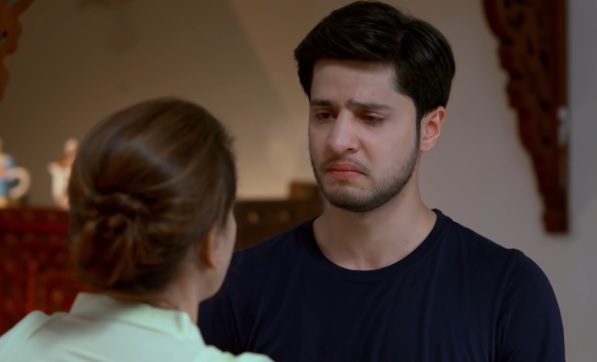 Irsa Ghazal is another experienced actress of the Pakistani drama industry but unfortunately, after all these years, she has not understood that her crying scenes can take a toll on viewer’s mental and emotional well-being. They can also deafen the viewers because the way her voice gets heavier as the pitch gets higher, she makes it look like she doesn’t know where to stop and in the heat of the moment she goes overboard thinking she gave a phenomenal performance. Everything else is perfectly alright but crying in such a bad manner is definitely not. Irsa Ghazal is definitely one of the worst criers of Pakistani drama industry. 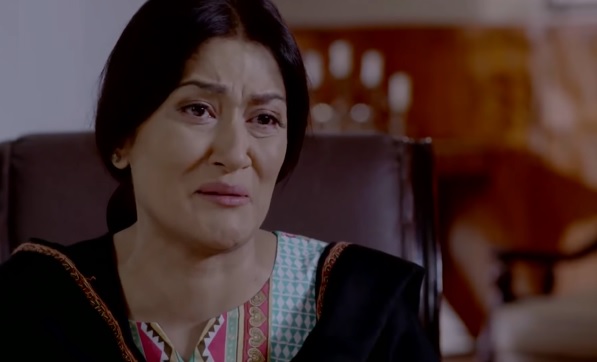 Nida Mumtaz; another experienced actor thinks the louder the better, but we would like to do the honors of respectfully telling her that toning down is not only going to do wonders to her but will be a huge favor for the viewers too. Her expressions everytime she cries tend to become funny, but what’s interesting is that her sad acting remains the same in every single drama and doesn’t get any better. There are some criers who make the viewers feel uncomfortable with their emotional acting and she happens to be one of them. 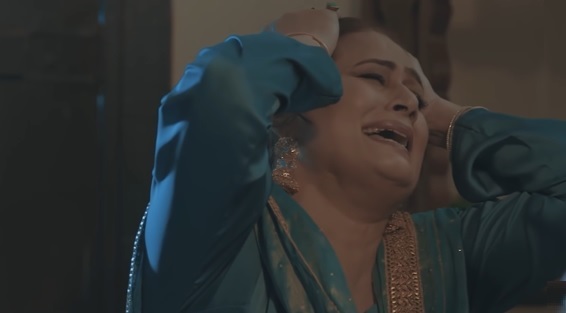 This completes the list of worst criers seen in Pakistani dramas. Which ones make you feel queasy and uncomfortable while portraying sad emotions? Which of these actors have forced you to turn the volume of your TV down? Feel free to add more names to the list and share your opinions about the actors mentioned above.