Assalamoalikum, hope Ramzan is blessing you all with its abundant goodness everyday

Just watched the sixth episode of Madiha Imam’s and Faisal Qureshi’s zakham. The story has unraveled slightly but the confusions remain quite obvious even now. This episode was mainly about every individual’s take on this mismatched shadi between Khawar and Takbeer. What I found most annoying was Takbeer’s family. They were giving so much importance and so many gifts to Khawar for their daughter’s successful marriage and yet paying no heed to the same daughter’s mental and emotional state. This is the age old irony of our society that daughters are aided in every way to ensure their security in their husband’s home, while closing the doors of her own parent’s home to her. Shabbir Jan is excellent as the well meaning yet dangerously orthodox father.

Khawar swings from making sense in one scene to going totally loony in the next. Unless we get a very good explanation as to why he is like this, his behaviour with Takbeer will keep on making no sense whatsoever. How can he be so ruthless on the first night to making tea for her the next and requesting her to be a wife to him to ordering her to clean the house like a maid to sending his sister to terrorise her and then crying like a child on Tehreem’s grave to being genuinely embarrassed by a compliment. It was like he was a whole new person in every scene. This much is evident that he is mentally disturbed but the spectrum is left very wide. In a moment, he seems evil, abusive and controlling and in the next just insecure and anxious. 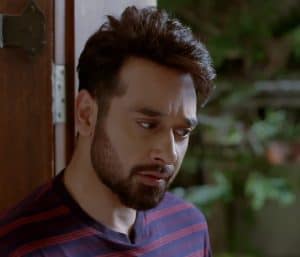 Khalida’s character has to be the most calculative and selfish in the play. Being a woman, she believes in sacrificing other womens’ lives for her crazy brother and then goes on to oppress them psychologically in order to make them compliant. I am glad that Khawar and herself are getting some inklings that Takbeer is not like Tehreem. The scene where her husband pointed out that they cannot keep on finding out girls for her nutcase of a brother was very well executed. The irony that she is so dominant in her own household while she expects her bhabi to be totally submissive was shown clearly. 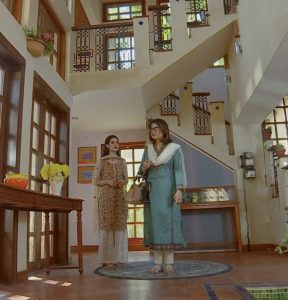 Moosa is the forlorn lover, whose heart is in the right place, but his methods are not very thoughtful. He is still very upset at the unfairness of Takbeer’s marriage and though his acting is not very convincing, his handsomeness kind of makes up for it ? 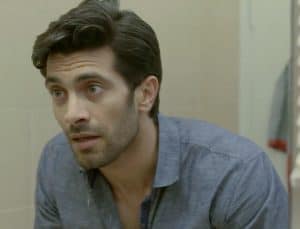 The show stealer however is our Takbeer. She transforms herself through grief, then anger, then acceptance and now control. Despite all the wrongs that was done to her, she still believes in giving a fair chance to Khawar. Her realisation that her sister may have died of the oppression at his hands was a very touching one. And her determination to stay strong for little Ahmed is so admirable. The way she acknowledges Moosa’s feelings and yet reminds him that she is in Khawar’s nikah was extremely strong of her. I do not think she realises the extent of Khawar’s mental disorder and the battles that lay ahead but she seems ready to face everything head on. 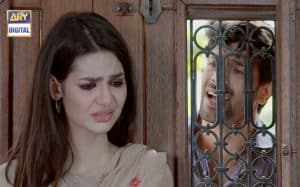 Firstly, I had thought she would suffer so much at the hands of Khawar that her parents will regret and ultimately she will end up with Moosa. Now it looks that she might be able to turn Khawar over a new leaf, though it’s not going to be easy, given the promo in which Khawar is tattling on her by saying that Farhan has taken her to Moosa while Farhan and Takbeer are seen taking Ahmed to hospital. Talk about negativity …