The second episode of Ehd-e-Wafa was just as entertaining and lively as the first one but it ended too soon. This episode too focused on the adventures of the SSG boys with Saad and Shahzain taking the lead. It is truly refreshing to finally watch a play which is going to cover the journey of a group of young people. The reckless attitude of these boys makes me look forward to this journey even more. Ahad Raza Mir’s performance tonight was phenomenal, he owns his role completely. Ahmed Ali Akbar and Wahaj Ali didn’t have a lot of dialogues tonight either although they are just as actively involved in the group’s activity as the other two boys. Shahzain has been getting more screen time than all the other boys and I feel this could have easily been avoided. Having said that, all the boys have a definite screen presence and their performances have been on point. 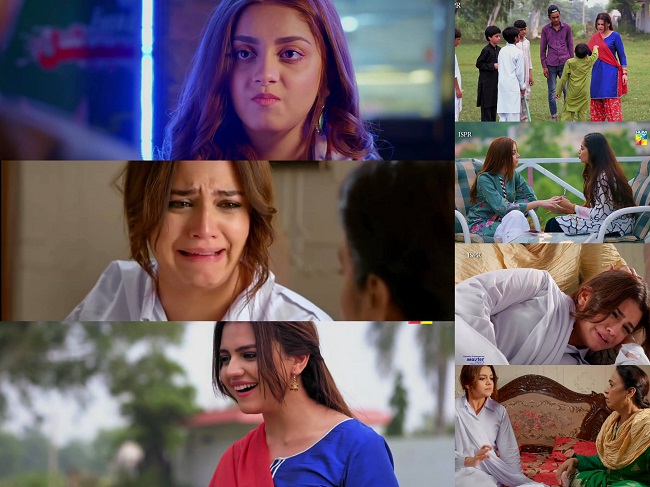 Once again all the scenes tonight showed how the boys were completely focused on having a good time without giving a lot of consideration to the consequences. The quirkiness of the boys coupled with quite a few dialogues which were absolutely hilarious made this episode a good watch. This episode was also directed brilliantly throughout; the scene covering SSG’s meeting with the headmaster was my favorite since it was executed so well. The energy, enthusiasm and naivety of the young age has been translated faultlessly on screen by all the actors. Shahzain is more sure about himself and his plans than anyone else, he is the leader who isn’t the best student but he has tons of confidence, a trait which is more conspicuous than any other.

Tonight’s episode opened with Raani telling her mother her ‘tragic’ story which was packed with lies! Raani is the female version of Shahzain, her confidence gets her in to trouble but that doesn’t stop her from trying to be in control of things, continuously. Zara Noor Abbas has given this character the right treatment which makes her scenes thoroughly entertaining. She has definitely breathed life in to this character in the best way possible. This scene was followed by the assembly scene in which the boys thought they were going to get a beating and were fully prepared to deal with the situation. Khurshid ended up getting the beating and I must say that I felt for him. This was another scene which showed the ‘worries’ and concerns of student life especially when you are a student who is constantly putting himself in danger. All these situations reflected just that which made these scenes enjoyable. The azad and khudmukhtar inquiry speech was hilarious. The warden and the headmaster both are well-suited for the characters they are playing. “Iqbal ke shaheeno yani ke in charu kaminu” and other dialogues like this one made warden’s dialogues one of the best tonight. The body language of the boy who came to call the SSG boys was superb; an exemplary student who was very proud of escorting these ‘nalaiks’ to the headmaster’s office. The yateemi and massomiyat ka mask didn’t get the boys out of trouble this time around but that did not stop them from planning another escape.

Saad and Dua’s first chance meeting was covered in this episode but it was not a case of love at first sight (thankfully!). Saad has already seen Dua before and is completely smitten by her. While Alizeh Shah’s performance and her character has not been too appealing, Ahad Raza Mir’s performance in this scene as well was phenomenal. He truly looked like someone who was head over heels in love but didn’t have the confidence to approach Dua. Later on in the taxi too Shahzain took the lead while Saad wasn’t sure that all of this was a good idea. This meeting was also translated exceptionally well on screen, except for the part where the boys looked directly at the girls for such a long time without Dua snapping at them. The entire atmosphere however was perfect. 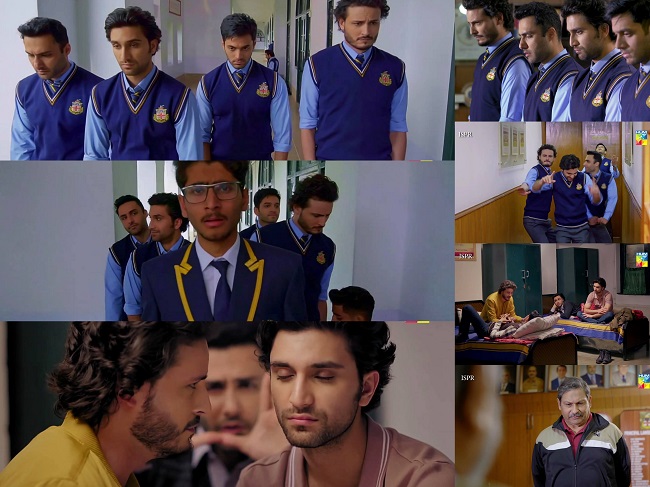 Fun, witty and enjoyable, this second episode of Ehd-e-Wafa was just as engaging as the previous one with the boys stealing the limelight completely. This drama transfers you to another world and the credit for that goes to the entire team. I was looking forward to Saad’s meeting with his father but it seems like we will have to wait another week for that. The preview of the next episode showed that Saad’s love life will be given more screen time and this time around the boys will get away with their escape, that explains why they are so ‘confident’. The background score in this episode was perfect for every scene and I love the energy with which all the boys and Zara Noor Abbas have translated their characters on screen. Waiting for more exciting episodes in the upcoming weeks and wondering how the personalities of these boys will shape up once they get enrolled in the military. So much to look forward, eagerly waiting to watch the next episode.

Do share your views about this episode of Ehd-e-Wafa.