Finally an episode which covered the journeys of all the Ehd-e-Wafa boys and promised a reunion which might not be all pleasant but it will be good to see at least 3 of them in the same frame again. The PMA scenes were covered in detail and the director Saife Hasan did exceptionally well in capturing the drilling of the cadets. A strict discipline being on top of the agenda. Shahzain’s meeting with Raani did not change anything and even dada gave in to the pressure. This episode definitely had a lot more to offer than the previous one – Dua and Saad’s meeting, Shehryar, the topper playing the band (somewhat sad) but it was good to see him being a responsible son and Shariq trying to get somewhere in life. The last scene and the preview of the next episode definitely gave me a reason to look forward to the next episode. Gulzar is an interesting addition to the drama and ironically Saad yet again has another friend because of whom he keeps on getting into trouble! One thing is for sure, Dua means more to Saad than any of his friends ever did and the OST in the background suggested that this was the bond he valued the most even though he never really talked to Dua up until now.

This was yet another episode of Ehd-e-Wafa which opened with Raani and Shahzain’s scenes. Shahzain’s reaction when he saw Raani suggested that he liked her but then he went on with telling her why they couldn’t get married. Raani putting on that lipstick was the most funny bit. Some of the dialogues were funny while others were not witty enough. This was probably the first time that Shahzain looked nervous, a rare sight for sure! I didn’t quite understand why all of a sudden Shahzain felt that way since otherwise he is always in control of the situation. Zara Noor Abbas definitely took the lead in these scenes. The scene covering Raani and her friend was slightly long and not too amusing. I was hoping that Shahzain would fall for Raani and decide to marry her but so far this is a case of one-sided ‘love’. 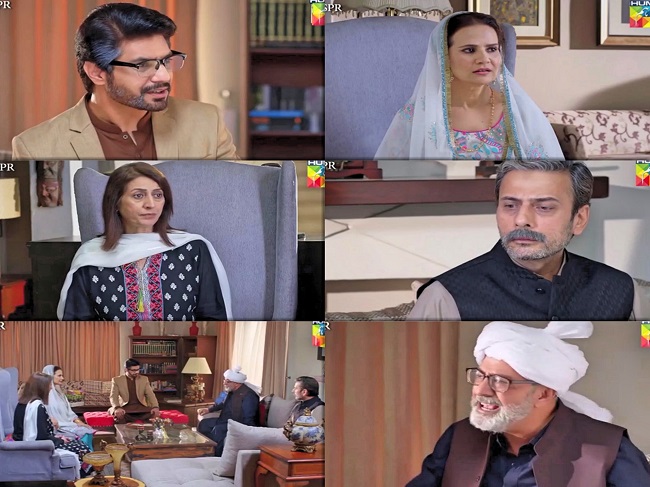 Saad and Gulzar’s scenes covered few weeks of the boys in the PMA and their first real ‘test’. While Saad passed with flying colors, Gulzar failed badly but the good thing was that his sense of humor and vibrant personality was not affected by this failure. Saad was shown as a disciplined and dedicated cadet in this episode as well. The way their training was covered showed exactly what the boys go through in the academy. There were strict rules and anyone who did not abide by them got the most severe punishment. Saad seemed extremely focused throughout and there were times when he was a little too serious. It was therefore good to see a different side of him when he was with Dua. Ahad Raza Mir looked a lot like the young Asif Raza Mir in his new look. The actor playing Gulzar’s role owns his character completely, he is a natural. I loved the dialogues of the ‘staff’ and he gave a solid performance. 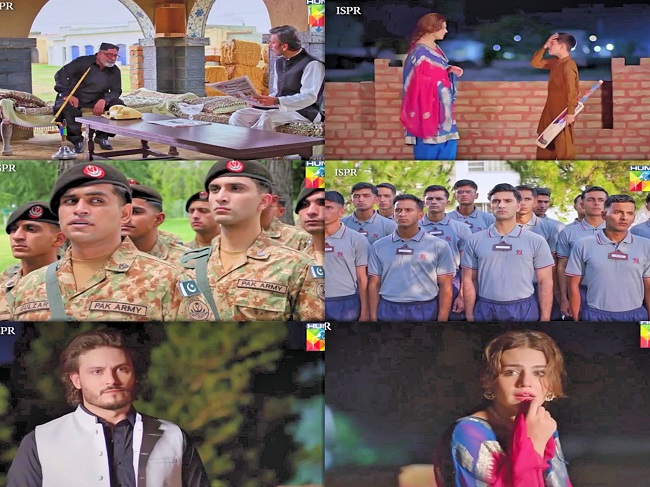 It won’t be wrong to say that Saad is a completely different person when he is around Dua. Saad comes across as an introvert sometimes who only opens up when he wants to. Dua and Saad’s interactions were cute since Dua finally warmed up to him. I am wondering if they will be exchanging numbers anytime soon since these chance meetings scenario is getting repetitive. This meeting ended with Dua telling him about the proposal, waiting to see how Saad will respond once he finds out that Shahzain sent that proposal. Ahad Raza Mir has done a good job of transitioning from a more focused serious Saad to a playful and candid one. 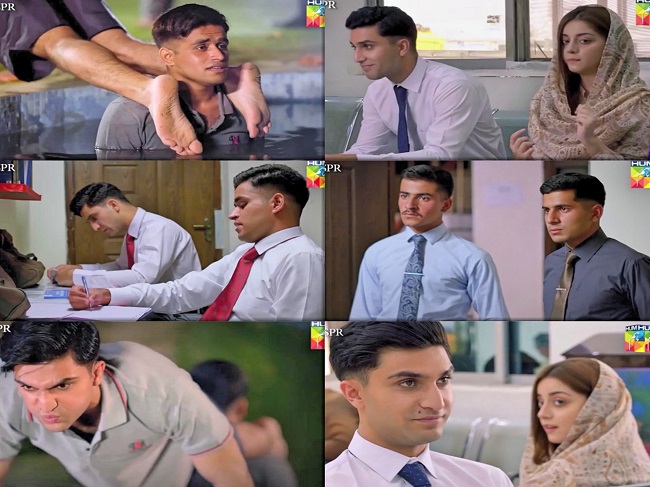 Ahmed Ali Akbar and Wahaj Ali performed brilliantly tonight. Their superb performances are one of the main reasons why I would like to see them on screen more often. Ahmed Ali Akbar’s expressions when he was sitting in that van were priceless and so meaningful! I felt for Shehryar, he deserves a better and brighter future. Shariq on the other hand was shown trying hard to get somewhere and it seems like he eventually found a way but the preview of the next episode suggested that he might have to play a big price for taking this road. Both these boys are intelligent, driven and dedicated. They have clearly come a long way in terms of taking responsibilities therefore I am hoping that the viewers will eventually see them making it big. 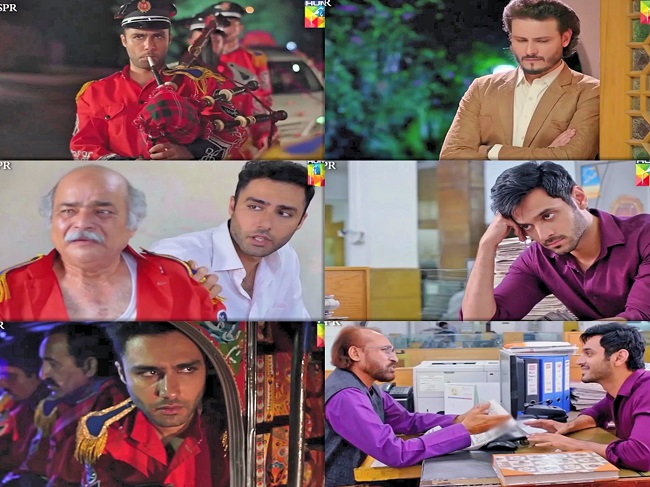 Tonight’s episode of Ehd-e-Wafa covered a great deal and I am hoping that the writer will keep all the boys in the picture in the future too. I must say however that I couldn’t help but wonder how amazing it would have been if Shariq and Shehryar too were in the PMA with Saad. Will Shehryar knock some sense in to Shahzain? Waiting to find out!

Did you watch the latest episode of Ehd-e-Wafa? Do share your thoughts about it.