This had to be one of the best episodes of Ehd-e-Wafa. It was entertaining as well as fast paced and all the tracks were covered really well in this episode. The screenplay and direction was on point and with the exception of the actor playing Shariq’s friend’s role, all the actors performed brilliantly. Ahmed Ali Akbar and Wahaj Ali’s performances continue to be superb, Adnan Samad Khan (Gulzar) has a definite screen presence and his track has so much to offer. The change in Saad’s behavior was a refreshing development and it revealed a great deal about his character. Some of the dialogues and scenes tonight were few of the best we have heard and seen so far.

Tonight’s episode opened with Shehryar meeting Saad, this meeting was covered so well. For a second it seemed like Saad actually did get into a fight with Shehryar but thankfully that was not the case! The actual meeting showed that Saad was no longer angry and perhaps ‘insecure’. Saad was more than eager to get together with his old friends which was a good way to start this episode. After a long time the viewers got to see the friends we fell in love in the same frame enjoying a good time together. Now that Saad and Dua are friends and Saad knows that Dua likes him, he is no longer angry. He thought he had lost Dua because of his friends and found it impossible to forgive but now he has no reason to be angry. Ahmed Ali Akbar’s solid performance tonight made me like his character even more.

Saad assumed that his mother must have gone to Dua’s house with the proposal but that misunderstanding was cleared quickly. I liked how quickly all of this was covered. Saad and his mother’s scenes were sweet but his father was not even shown tonight, which was odd. By the end of this episode Saad found out the truth, waiting to see what he is going to do next. 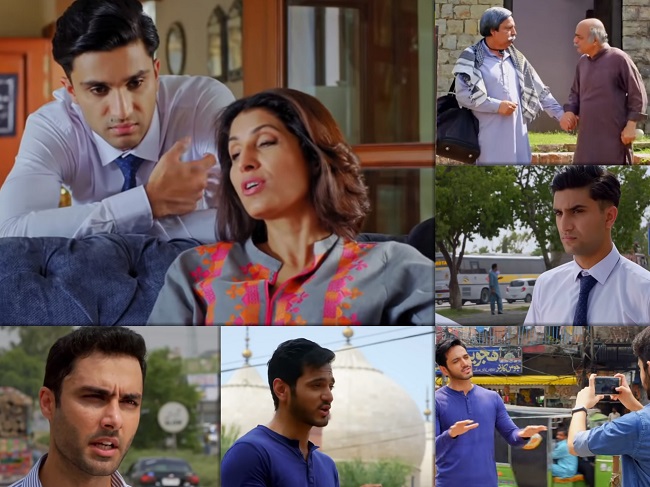 The turn Shariq’s track took tonight was quite interesting. Shariq’s commitment and enthusiasm was the best part of this particular track. Shariq’s friend’s dialogues were written so well but the actor playing the role did not perform well. Thankfully Shariq survived and it seems like his track has a lot to offer.

Shehryar met Masooma in this episode and Hajra Yamin was also introduced tonight. After so many slow episodes, this one all of a sudden showed so much. Shehryar did not tell Saad what Shahzain was planning. Shahzain pretty much has a one track mind at the moment and he is clearly the most dull character right now. Raani passed the exams finally only after bribing the invigilators! Raani is quite eager to get married to Shahzain and hopefully at some point Shahzain too will stop pursuing Dua.

Gulzar’s scene in this episode was the best. He was shown dreading the passing out parade and failed at it once again. The writer has shown that he lacks confidence and isn’t sure that he will make it. The conversation with his officer suggested just that. In few of his previous conversations with Saad too he kept on telling him how easy all of this must be for him because his father was an ex-army officer. The officer who called him in his office definitely proved to be a true mentor when he showed him his parents’ picture and narrated his success story. This conversation gave me goosebumps, it was so well written and acted out. Gulzar’s expressions were priceless and this surely will turn out to be a turning point for him. The flashback scene too was used intelligently in this scene. Adnan Samad Khan has played Gulzar’s role so well, he is definitely a natural performer. 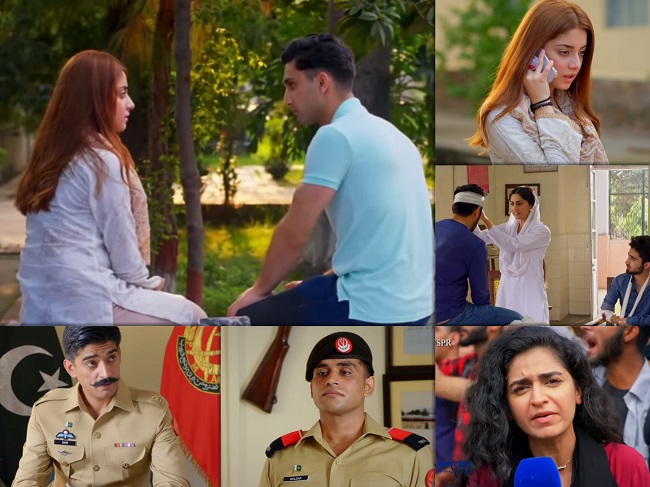 Tonight’s episode of Ehd-e-Wafa was a must watch and most of the scenes were impactful. It had a lot of important developments as well. I hope that the writer will be able to keep the momentum by making sure that all the boys get enough screen time in every episode since their tracks have enough to offer. Faraz should also have been part of this episode. Overall however, this episode had some delightful and emotional scenes.