Ghairat continues to be an interesting play which is not only highlighting the mentality behind honor killings but it is also doing so without putting the viewers to sleep. I have watched a lot of shows highlighting social issues recently therefore I wasn’t sure whether another play which focuses on the ill-treatment of women in our society would hold my interest or not but so far Ghairat definitely fits the bill. The story has been logical and well-paced, I especially like the way it has been directed. The fact that all the actors have been performing well also helps since there are very few dramas which have an entire cast of capable actors who fit in well in their respective roles. The fact that Iqra’s mother has not been shown as someone who approves of her son’s action is also a positive aspect of the story and gives hope that she might play a bigger role in bringing her son to justice some day or at least making sure that Saba has a fate different from that of her sister. 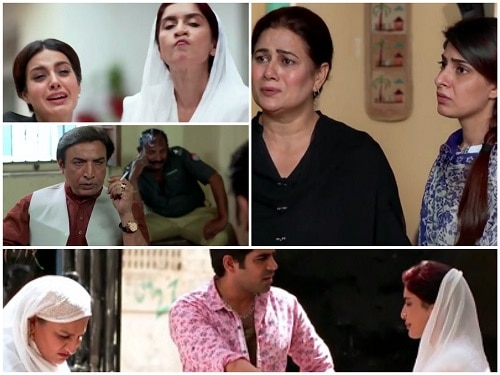 The story took an unpredictable but realistic turn with this episode. I was expecting Usman’s mother to bail him out but his brother in laws contacts ultimately got him out of jail. This development was convincing because unfortunately murderers and rapists are bailed out by influential people all the time. Shagufta apparently helped Malik Sahab rig elections, which was another relatable addition to this track! Although, people like Shagufta and Abid seem like regular citizens but they are involved in criminal activities which explains why Usman’s criminal behaviour was readily accepted by them as the right thing to do! There is one thing common between Usman and Shagufta, both of them are controlling and insensitive, they will do anything it takes to get things done the way they want them. Also, their sense of right and wrong is seriously twisted which explains their behaviour even more. Shagufta’s mother’s attitude explains why she is the way she is and several conversations in the previous episodes explained why Usman and Adnan are so narrow-minded and dictating. The upbringing of these individuals has been such that even though they have enough exposure, they have not learned how to be civil and humane. 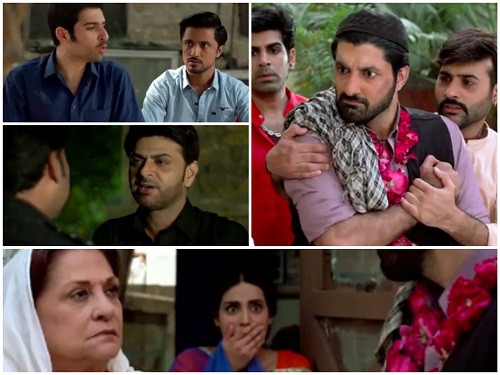 Saba’s desperation, insecurities and fears were translated flawlessly on screen by Iqra Aziz. The entire situation has been shown realistically. Even though Zohaib and his family want to help Saba and her mother, there isn’t much they can do practically especially after what happened to Iqra, they cannot take the risk. Just like expected, Shagufta wants that Iqra should get married to her brother therefore she will do whatever it takes to keep Zohaib and his family away from the house. It was shocking watching Shagufta narrate the entire incident to her mad husband the instant he got back home! Saman Ansari and Syed Jibran have been phenomenal in their respective roles. Although Syed Jibran has played characters similar to this one in the recent past but even then he adds something new to every character he plays. He was especially brilliant in the scene when Usman wants to hit his mother, this scene was directed superbly too. Samina Ahmed is also an exceptional actress who looks the part every time and breathes life into every character she plays. I recently watched her playing a very different role in Pinjra and she owned it. She is equally convincing as the helpless mother who just lost her daughter but cannot even mourn her loss the way a mother should be allowed to. The most painful aspect of this entire scenario is that the murderer is her own son and she has to continue living with him in the same house.

Junaid’s scenes showed how difficult it was for him to deal with everything that had happened. He has not only lost someone he loved but he also has reason to blame himself for what happened to Iqra. I am waiting to see what role his character play in the future since he is no match for Usman. The conversation between Shagufta and Usman’s mother before he came home was one of the best conversations of this episode. It reflected Usman’s mother’s feelings flawlessly and was emotional. It also showed how blind Shagufta was when it came to her husband’s deeds.

Overall, this episode was brilliant throughout. So far, Ghairat has a strong script which has been executed well. The preview of the next episode showed Usman threatening Zohaib and Saba’s mother telling her to be strong. I am waiting to see how the story unfolds from here on.