Ohkay so, these two episodes of Lashkara were good. Just when I was getting restless & losing my patience, the ticker of 2nd last episode motivated me to tune to Lashkara because for the last few weeks I was having a hard time watching it because neither the story was moving forward nor things were being wrapped but finally, this drama is ending, which is good!

Bubbly finally met someone who tried to put things into perspective. It sure is commendable how the writer has shown different stages of emotions that one goes through when they are faced with such a test. Bubbly lost her will to live but then, utmost attention & care brought her out of the extreme depression she was faced with. It is important to note that constant love, care & attention is what one needs to come out of any phase of life & Bubbly was lucky to have so many people around her telling her that nothing has changed in her or about her. Bubbly always had someone who would listen to her & that also played a major part in her recovery.

I liked how in the latest episode of Lashkara it was suggested that Bubbly’s Taya Jee saw a spark, a skill in her that he made sure she channelled out. Bubbly was feeling clueless all this while, even after she visited other acid attack victims, she still was demotivated but it was her Taya who saw what Bubbly could potentially be because she was good with fabrics, aesthetics & designing. She had it in her. 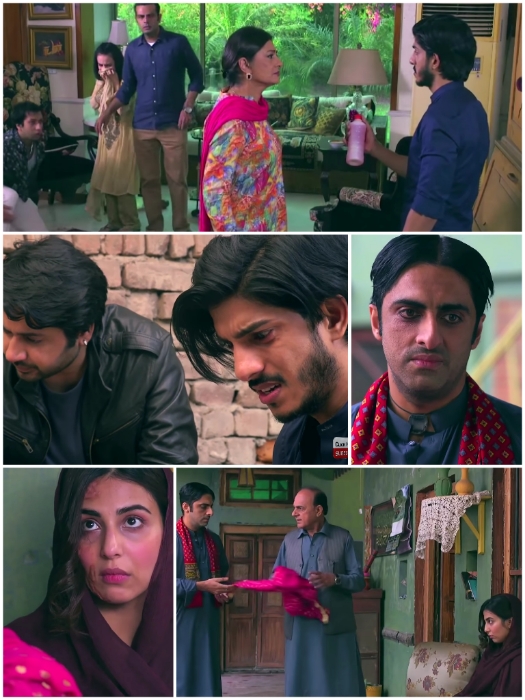 Well, Sunny finally found out who the culprit was. Sunny got to know that it was Iqbal who did all of that. Indeed, the writer has highlighted the harsh reality where the same men who pose to be the flag bearer of dignity when it comes to their sisters, wouldn’t mind going to another exteme to earn a few bucks that too from the extended family of their sisters. Iqbal turned out to one such loser who couldn’t find a better way to earn money but then, he was not alone, Akram & Nikki were the main culprits & Iqbal ended up becoming their pawn. Bubbly had a lot of enemies & unfortunately, she couldn’t do anything about it.

Feeka did exactly what he could, obviously after being shattered & broken, after getting to know that everyone was involved in doing this to Bubbly he just didn’t have a better way of punishing them all by punishing himself. I am glad that he took Nasreen’s name & held her accountable as well for everything that happened because if Nasreen had kept things under control, especially Nikki, this wouldn’t have happened.

Overall, these two episodes of Lashkara were good but I am actually glad that it is ending next week. The note at which this episode ended was quite interesting. I am actually looking forward to know what will happen to Feeka, the suspense has veen built nicely. Let’s see. Please share your thoughts about this episode of Lashakra.