After watching this episode, I can safely conclude that the award for the most pointless and uninteresting script goes to Sabaat! Ameer Gillani and Mawra Hocane’s solid performances have been wasted completely because their track and this drama has practically nothing to offer! This is turning out to be another one of those HUM dramas which have a star cast and are promoted like they are the next big thing but the content is shallow and the resulting product just plain boring. The viewers have been watching Miraal have her way right from the first episode and nothing has changed so far. What makes this drama worse than many other such dramas is that the negative character does not even have a screen presence. Sarah Khan’s performance and even her character leave a lot to be desired.

We have watched dramas in the past in which the negative characters were etched-out so brilliantly and translated on-screen so well that their scenes left an impact. Miraal’s scenes are repetitive and show only one side of her personality. Even her dialogues in every episode are more or less the same. Her life has been limited to making Hasan regret his decision to marry Anaya so that he can come back ‘home’! All the ‘good people’ have conveniently been sidelined so that there is no one around to knock some sense into Hasan! This drama reminds of Mann Mayal, which stopped making sense after a few episodes. It is unfortunate that the writer had a few good characters and a chance to show successful marriages irrespective of the class differences but Hasan has turned into another one of those loser husbands.

Hasan Is a Lost Cause

Yes! That is the conclusion I drew after watching tonight’s episode. Although Hasan’s frustration makes sense, there was a really sensible side of his personality which has been overshadowed by his unlimited complexes and insecurities. The man who was willing to give up everything because of Anaya is now listening to someone like Atif! Atif was never in favor of Hasan’s marriage to Anaya, he still went ahead and did what he wanted. Right now, however, he literally lets Atif say whatever he wants and what makes it worse is that he is actually influenced by whatever he says. Hasan was a zinda lash in this episode and Anaya’s ‘positivity’ was unreal. Even though Anaya was introduced as a balanced and intelligent woman before, now her character only has one side – making Hasan happy no matter what! 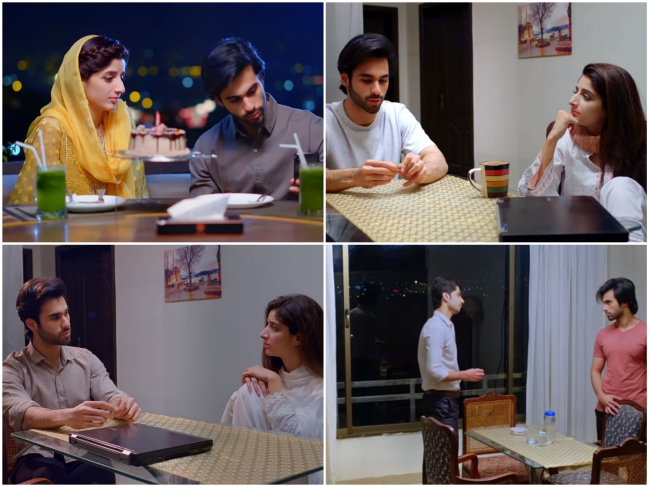 Hasan decided to leave the job, that was one of the best decisions he made recently. He has started believing that Anaya indeed is having an affair with his boss which is incredibly sad and which makes me wonder if he even deserves a wife like her. There were barely any meaningful conversations between these two and their interactions make it difficult to believe that they are a married couple. They have always been ‘distant’ and the romance has been missing. Even then I would say that both these actors involved have added some life to their characters even though they have not been written down well. When I watched the preview of this episode, I was hoping that Hasan will realize his mistake and will for a change start looking at things differently. On the contrary, Hasan will actually confront Anaya in the upcoming episode.

It was surprising to see a couple who is trying so hard to make ends meet order an entire cake for the birthday! Also, Anaya’s reaction to Hasan’s cold behavior was really difficult to relate to. Where are Anaya’s parents and Hasan’s mother?

The doctor who was supposed to ‘save’ Miraal seems to have unresolved issues of his own. Because his parents could not have a happy married life, he wants to do whatever he can to make his marriage work. After giving the most shocking suggestion (to have kids) in the previous episode, this week Harris lied to Miraal to save his marriage. This marriage was always most unconvincing and it continues to be the most unappealing part of this drama. Miraal’s ‘jo mera hei wo completely mera hei’ dialogues show only one side of her personality and all the scenes covering her track are the same in every episode. I don’t have much hope that Harris will try to change the situation since he comes across as a timid individual. 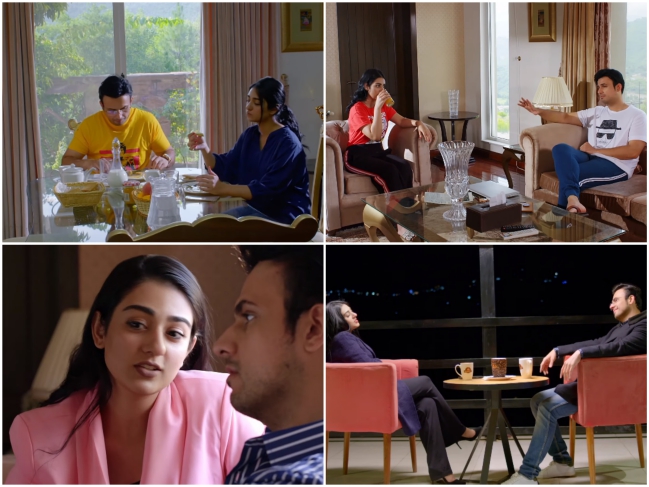 Usman Mukhtar’s monotonous dialogue delivery coupled with the way this character has been written makes me wonder why the producers or the writer thought we should have waited so many weeks for this character to make an appearance. It was not worth the wait at all! Sarah Khan’s wardrobe in the drama continues to be an eye-sore and she does not have a screen presence either.

Honestly speaking, this was a filler episode and can easily be skipped. Sabaat is the kind of drama that you can catch up with after 3 weeks without missing much. The scenes are long, the pace is slow and there is barely anything to look forward to. I am watching this play to find out how it ends and I hope that it is going to end soon!