It did not come as a surprise that Sabaat had a predictable and typical ending. All this time, the writer wanted the story to end happily for Hassan and Anaya but their happiness was completely dependent on Miraal. I found Harris’ love for Miraal more endearing (quite unexpectedly) than Hassan’s casual apology. The writer gave Miraal so much power right till the end that all the other characters lost their meaning altogether. Miraal clearly had a personality disorder yet this aspect of her character was brushed under the carpet. Her negative and controlling behavior was never portrayed as a mental disorder even though she went to a psychiatrist! The way her character took a completely different turn basically went to show that there was no actual reason for Miraal’s negativity and bitterness.

The writer conveniently gave a fairytale-like ending to a story that was meant for a mature and intelligent audience. Even fairytales nowadays are being given a more meaningful treatment by the makers since no one wants to watch stories surrounding black and white characters with quick fixes in the end.

Everything Changed In Minutes

Right till the end, Atif continued to be the ‘messenger’; he was the one who informed Hassan about Miraal’s accident which was really odd. Miraal’s condition suggested that she had been in the hospital for at least a few hours yet somehow Hassan’s parents did not even inform him. Atif had to look for him to break the news. This accident and its aftermath were covered in a rush suggesting that after slowing things down for so many weeks, the writer wanted a jhat pat ending to the drama which was overall quite predictable. Miraal’s punishment started few seconds into the episode and Harris became the ‘hero’ instantly. Miraal had forgotten naani altogether, only to be reminded of her when the accident happened. Given how negative and bitter Miraal was, this sudden change in her despite her situation did not work for me at all. 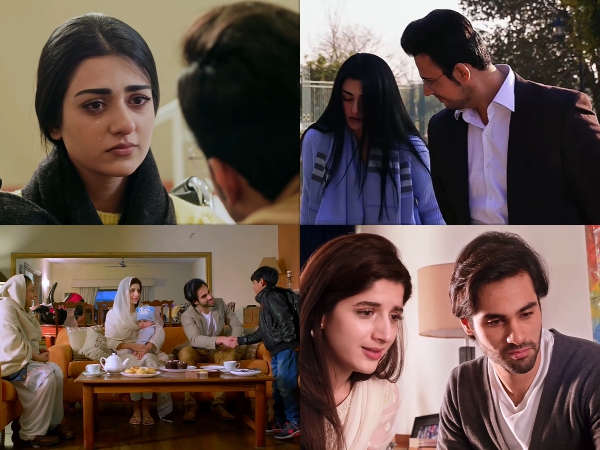 Someone like Miraal would have taken a lot more time to ‘confess’ to her wrongdoings. The writer chose an easy way to bring about this change instead of relying on more meaningful scenarios to show a gradual change in her. There are in reality so many people like Miraal who never realize that they have been punished no matter how many times they find themselves in situations such as this one. If we consider her personality, her first reaction would have been that of anger and extreme bitterness. Had the writer shown her as someone who was capable of seeing things from another perspective, this sudden change would have made more sense. The writer definitely put plot convenience before logic and used this accident as a means to dramatically change the character which destroyed everyone’s life. So in the end, a change in Miraal changed everything which basically proves that the entire story always revolved around Miraal and all the other tracks were completely dependent on her.

Many of us were expecting Anaya’s track to be more impactful since it was the only character in the last few episodes which had potential. Anaya however went back to being the diligent wife and bahu who was still looking for her in-law’s approval! This track had endless possibilities considering how capable Anaya was but in the end, she chose to forgive rather quickly and lead the life she was leading when she got married initially. 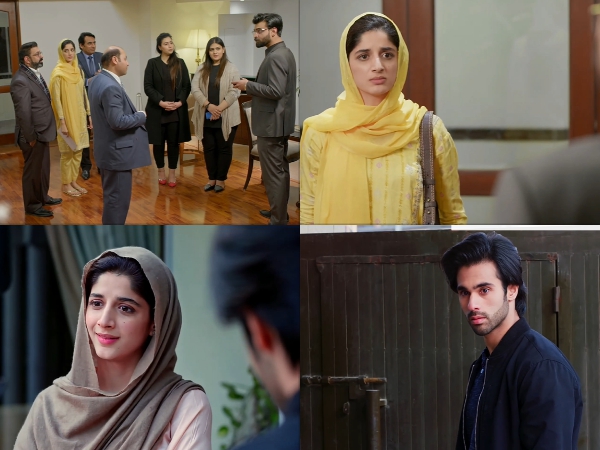 This ‘overly’ pleasant and fast-paced episode of Sabaat made me wonder if this really was the last episode of the drama which had so much negativity! The writer proved one thing, anything is possible especially in the last episode of a Pakistani drama. This turned out to be yet another drama which showed an evil female lead who kept on making everyone’s life hell for 20 plus weeks and underwent a complete transformation in the end. Mawra Hocane’s performance was remarkable throughout even though there were times when Anaya’s character disappointed. Ameer Gillani gave this character his best; I will be looking forward to his next project. Anaya’s mother’s positive outlook towards life and her bond with her daughter was the best part of an otherwise disappointing drama. There was absolutely no need to kill Anaya’s father, the writers really need to stop doing that! His death did not have any impact on the story and it did not serve any purpose. The writer proved that it is possible to give even the most twisted of situations a last-minute happy ending like nothing bitter ever happened! Even though I loved Mawra and Ameer’s performances, I did not find myself rooting for the couple given the circumstances. Sabaat’s OST was beautifully written, composed and sung, that is definitely worth listening to on repeat. Other than that, I am glad that this journey is over!

I would like to thank all those wonderful readers who took the time out to read the reviews and shared their feedback regularly. I continued watching and reviewing this drama because of you!

Share your thoughts about this last episode of Sabaat.