Whatever happened to our Pak Sar Zameen?

Pakistan was a country that was created in 1947 as an independent nation for Muslims from the regions in the east and west of Subcontinent where there was a Muslim majority. The term Pakistan also had a dual meaning of ‘Land of the Pure’, implicit in that it would enable the population of the new country to rid itself of corruption, class /economic distinction and previously rigid social restriction and move forward on a uniform scale while preserving religious and cultural purity which was degenerating in mainland India where Muslim practices where mixing up and often similar to those practiced by local Indian religions and a gradual deviation from Islamic principles. Isn’t it ironic then that the country that was built on the sacrifices of so many hasn’t lived up to the ideologies on which it was created?

Since this is not a lesson on history neither a political discussion, let’s get back to our dramas and how they depict some of the deviations from Islam that sadly exist in our society. For starters, let’s take weddings. Our weddings are getting more and more elaborate with everyone’s primary objective to display their massive wealth. The bride’s trousseaux (jahez) happens to be a hot topic in many of our dramas even though this is a practice that is prevalent amongst Hindus and is among a growing list of borrowed customs with no religious basis. This has been the cause of many disputes and acts of violence- The drama Aise Jale Jiya dealt with this in much detail. 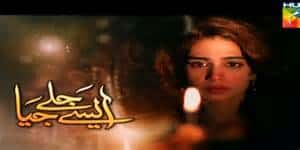 The issue with daughters being born. Daughters are considered a blessing but sadly some cultures still continue to practice female genocide and abort the girl child. Many of our dramas discuss these issues as if this was a norm in our religion whereas this doesn’t hold true! In Mera Naseeb, the mother-in-law threatens to abort her grandchild upon finding out the gender of the baby! 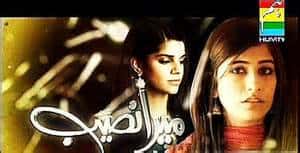 While there is no defined dress code, Islam stresses on modesty. Why then do we see women wearing saris with their midriff showing? Surely they can just as easily wear a sari with a full-blouse? Revealing clothing seems to be the distinguishing factor between the elite and the middle class. Don’t our dramas over-emphasize that over and over again?

Rituals at the time of death- lately most of our dramas seem to show everyone wearing white on funerals. Where did this concept come from? Again, there is no requirement to wear white to depict sorrow. On the contrary, white represents purity and should be worn for Jumah prayers and weddings. Today’s episode of Mohabbat Subh Ka Sitaara Hai showed everyone wearing white at Nabeel’s funeral. 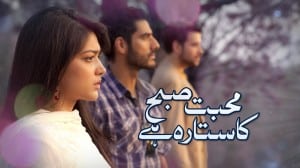 Breaking of bangles for widows and taking away their jewelery- this one is just a bit much! I saw a scene in Zindagi Tere Bina and was disgusted. Whilst a widow would naturally resort to simplicity, there is absolutely no mention of taking it to such extremes. Seems like Star Plus is inspiring us a little more than we imagined! Treatment of widows is again a hot topic. Islam empowers women and holds them in the highest regard. There should be no discrimination against widows yet in some of our dramas we see widows treated like servants! Same goes for divorcees. This is utterly shameful.

Magic- or Kaala Jadu! How many times do we see this come up in our dramas? People going to esteemed peers for amals. This just goes to show how weak our Imaan is that we would go off running for solutions through any means. Shirk- any association with Allah is the greatest sin. But sadly, this is becoming very commonplace. 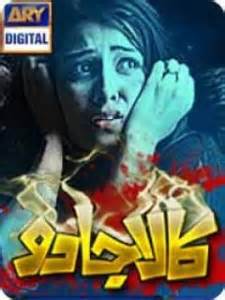 Are we really that blind that we have taken on customs that are deeply-rooted in the religious beliefs of those other than Islam? What are some of the things you’ve noticed in our dramas that is completely out of context? P.S The purpose of this article is not to stir a religious debate, rather to highlight how our dramas have taken on other customs as norms.